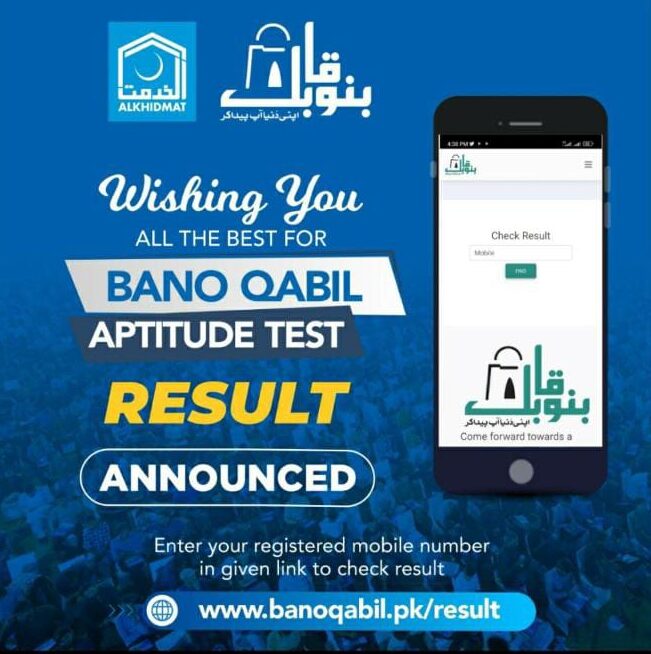 Alkhidmat Karachi has announced the results of the boys’ Aptitude Test of its unique IT courses based Bano Qabil program. The results are available at the special website www.banoqabil.pk/result where candidates can access them by entering their mobile phone numbers. CEO Alkhidmat Karachi Naveed Ali Baig expressed his pleasure at the announcement of the results of the test which had been held at the Bagh-e-Jinnah grounds on October 19. The test was a huge event and the first of its kind in the history of youth education in Karachi. He added that having started this initiative with noble intentions, Alkhidmat would now carry it forward with the girls’ test scheduled in December. He congratulated the successful candidates and also assured those who did not pass that they would get another chance to appear for the test later. Lastly, he expressed his hope that the successful candidates would complete their chosen courses and go on to become bread-earners for themselves as well as their families.