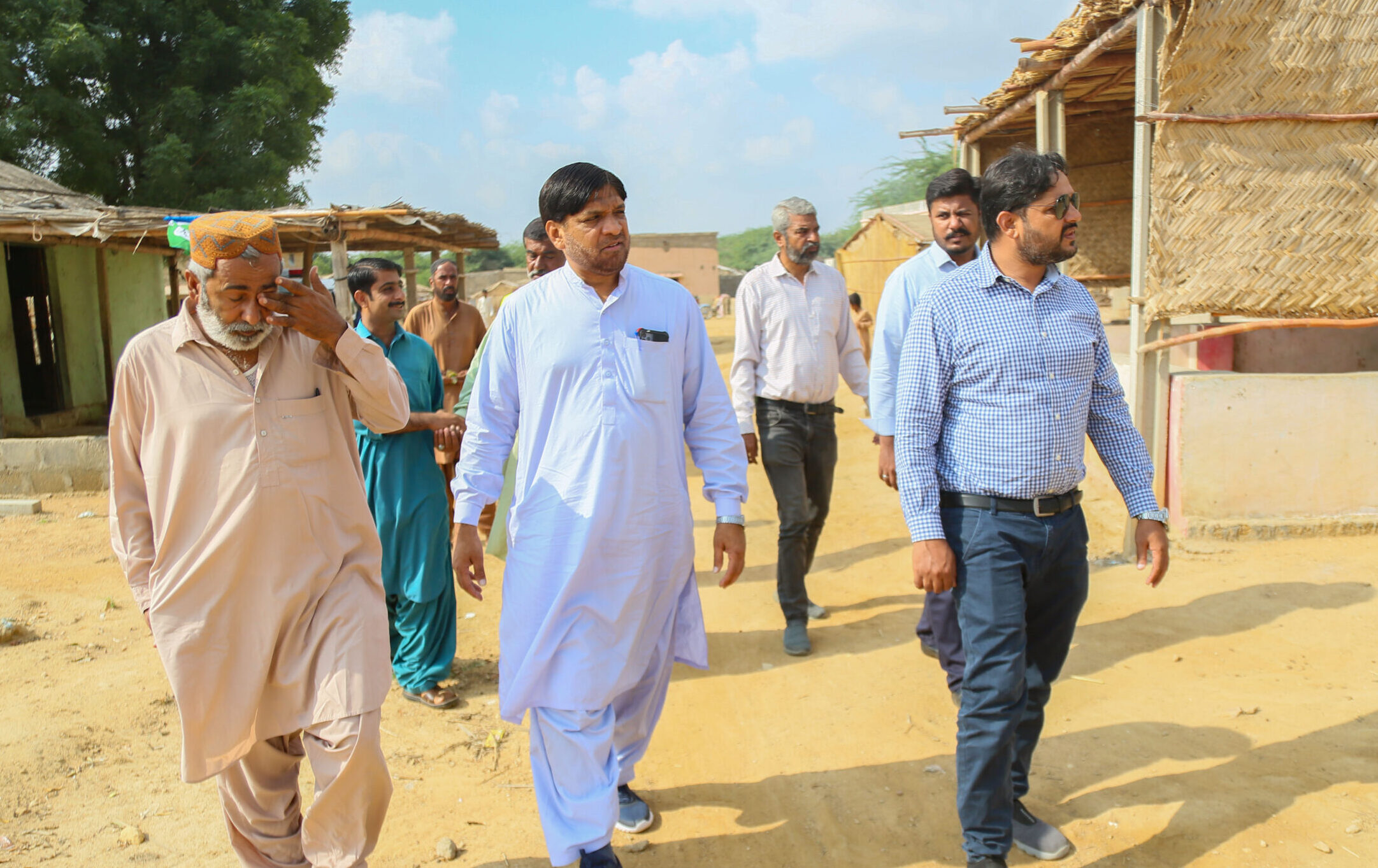 Alkhidmat Karachi has announced the construction of a Model Village with permanent houses for the flood victims of Gadap Town. Executive Director Alkhidmat Karachi Rashid Qureishi visited Gadap Town with Manager Disaster Management Sarfaraz Sheikh and other members of his team and surveyed the houses constructed earlier as well as the new area selected for the Model Village. Having concluded the rescue and relief operations, he issued orders to expedite the rehabilitation process particularly the work on the Model Village. He said that Alkhidmat had delivered such permanent housing to flood victims in Punjab and Balochistan also, and had already delivered houses in Gadap according to the local pattern and design. He reminded the public that Alkhidmat had a history of doing rehabilitation work, having accomplished similar activities during the earthquake and previous floods, and would not leave the present flood victims alone. He said that everyone shared the grief of those who had lost their houses during the floods and appealed to those with means to come forward and support Alkhidmat in its rehabilitation plans.