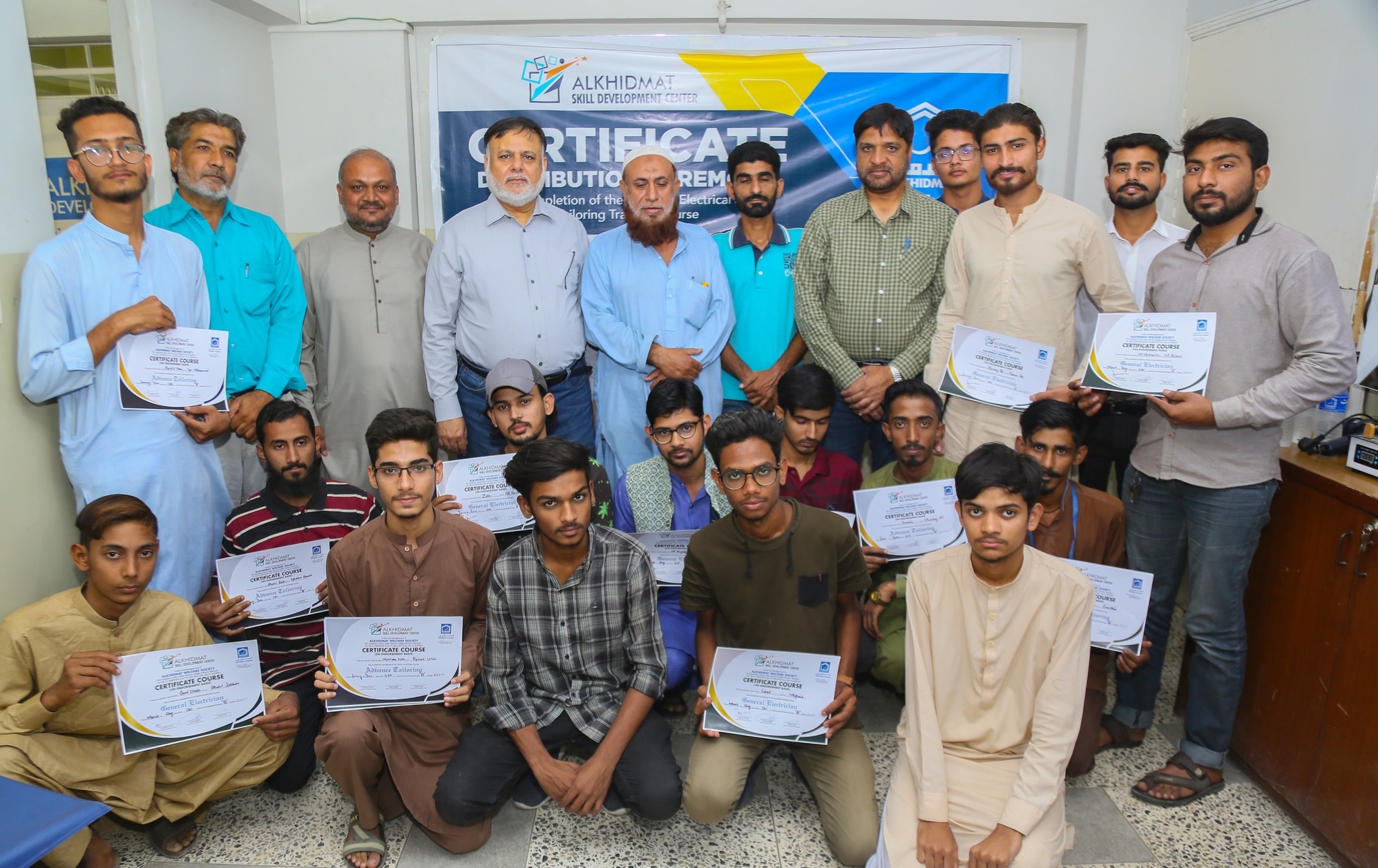 Alkhidmat Karachi has awarded certificates to 40 successful students who recently completed their 6-month Electrical and Tailoring skills training course. These certificates were awarded at a ceremony held at the Alkhidmat Skill Development Center in PIB Colony. The successful students were from the first and second batches of the Electrical course and the first batch of the Tailoring course. The certificates were awarded by CEO Alkhidmat Karachi Naveed Ali Baig in the presence of Executive Director Alkhidmat Karachi Rashid Qureishi, Manager Mawakhat and SDC Muhammad Tariq, Tailoring Course Instructor Biradar Jan, Coordinator SDC Muhammad Sadiq and other senior officials. Speaking on the occasion, Naveed Ali Baig congratulated the successful students and said that Alkhidmat was doing its best to make the youth of Karachi skilled so that they could earn a respectable livelihood for themselves. The ongoing IT education program called Bano Qabil for the Matric and Inter educated youth of the city was also with the same intention. He added that although providing vocational training and employment opportunities was the government’s responsibility, Alkhidmat had taken up the challenge itself due to the government’s negligence in this matter. He also expressed his pleasure that more than 70% of the students who had competed various courses from the SDC were already employed or self-employed in their respective professions, which was a sign of the success of the SDC. Currently, three to four batches of the Electrical course are ongoing along with two batches of the Tailoring course, one of Generator Maintenance and two of Mobile Phone Repairing. It is to be noted that all the courses being taught at the SDC are totally free of cost.