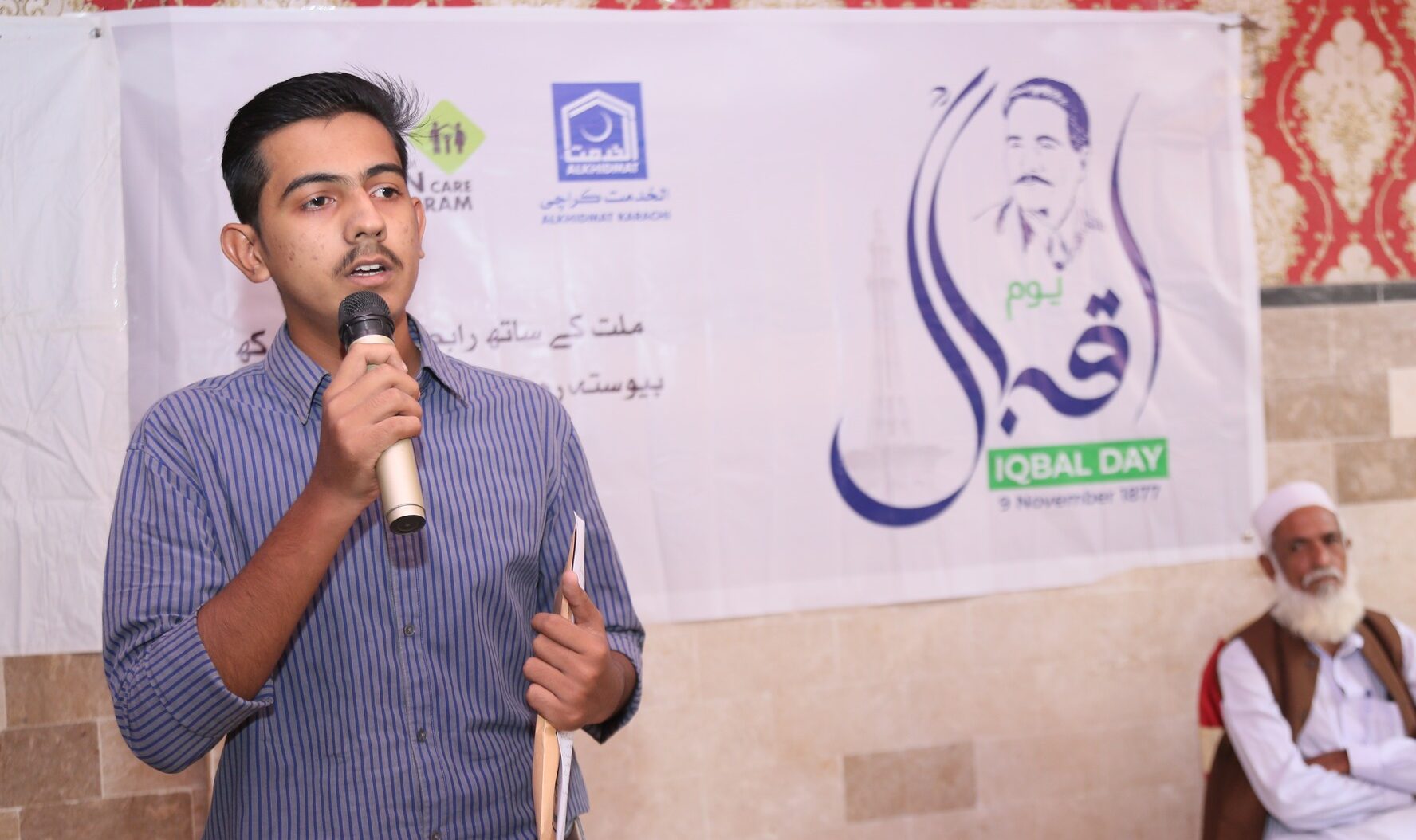 Alkhidmat Karachi celebrated Iqbal Day on November 9 with orphan children registered under its Orphan Care program in Lyari and Bin Qasim and those resident in the Aghosh Homes at Gulshan-e-Maymar. The celebrations were attended by

Manager Aghosh Homes Musab bin Abdul Qadir, senior officials from the Orphan Care program and the children along with their mothers and guardians. Special events were organized during the celebrations and children were shown videos of Allama Iqbal’s popular poems for children. Tabish Patel explained the poem, the difficult wordsin it and its moral lesson to the children while a quiz was also held based on the poem. Children from Aghosh Homes also participated in a poetry competition which they enjoyed very much. Many children were well versed in AllamaIqbal’s poem “Shikwa” and its words. Towards the end of the program, these children were awarded gifts and prizes for boosting their enthusiasm. Celebrations were also held in Lyari and Bin Qasim where children sang patriotic songs and participated in speech competitions based on Allama Iqbal’s life. Children were enlightened about Allama Iqbal’s writings and poems and his role in the creation of Pakistan. Several speakers at the functions expressed the need to make the new generation aware of the thoughts of this great poet and philosopher who roused the Muslims of the sub-continent and elucidated the message of the Quran and Islam in his writings. His poetry has remained fresh even after all these years and will retain its relevance in the future too.