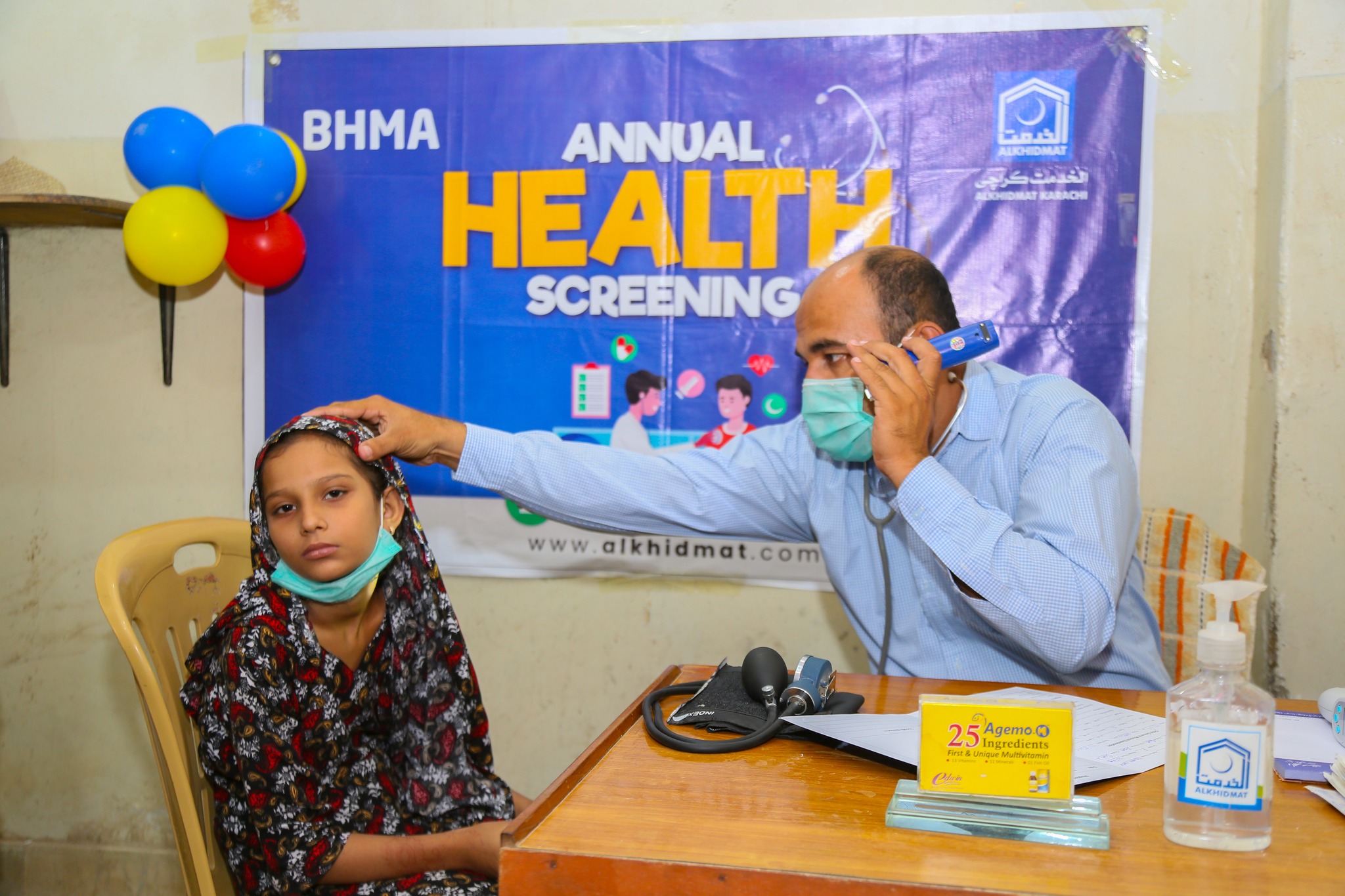 Alkhidmat Karachi recently conducted the second phase of its annual health screening for 200 orphans registered under its Orphan Care program.The screening was done by a team of specialist doctors in ENT, eye, skin and dental illnesses as well as paramedical staff in a special camp organized at the Alkhidmat Medical Center in Bihar Colony in Lyari which was also attended by a number of senior officials from Alkhidmat Karachi’s Orphan Care program. The children were accompanied by their mothers and guardiansand prescribed medicines were given free to those who needed them.These children and their guardians were also given precautionary medical advice by the doctors to keep themselves healthy.MNA Sindh Assembly Abdur Rasheed and NazimArea LyariJamat-e-Islami Jawad Shuaib visited the camp and met the doctors as well as the children and their guardians. Speaking on the occasion, MNA Abdur Rasheed said that Alkhidmat was not only taking care of almost 1500 orphans in Karachi but also providing them proper health screening every year. He termed the care of orphans a noble cause highly recommended in Islam and called for the public to support such activities.