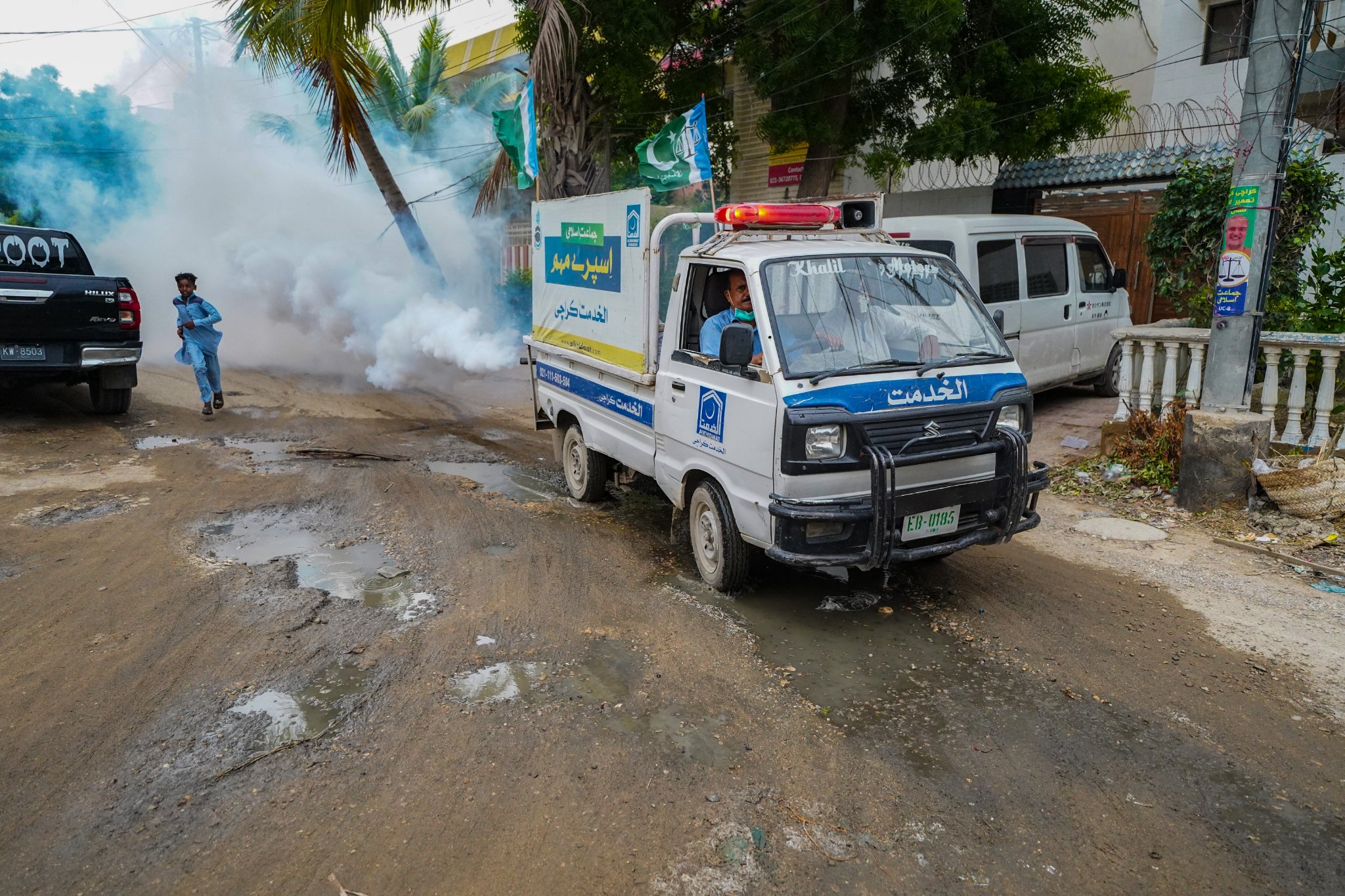 Alkhidmat Karachi has initiated a special fumigation campaign to tackle the infestation of mosquitoes and flies after the recent rains in the city that followed Eid ul Azha. On the special instructions of CEO Naveed Ali Baig, Alkhidmat’s fumigation vans moved across the city spraying vulnerable localities with pesticides to stop the growing menace of these insects and prevent the spread of diseases. Areas that were sprayed included Lyari, Gulberg, PIA Society, Lines Area, PIB Colony, Surjani Town, Gulshan-e-Maymar, Jamia Milia Malir, North Nazimabad, Administration Society, Shadman Town and others. Residents of these areas welcomed the initiative and expressed their appreciation of Alkhidmat’s efforts to keep their localities clean. Naveed Ali Baig said that citizens were facing severe health hazards due to the piling up of animal carcasses, garbage and stagnant water after Eid ul Azha as well as the heavy rains that followed it. This prompted Alkhidmat to undertake the spray campaign across the city. He also advised citizens to keep their surroundings clean and hygienic to prevent diseases.