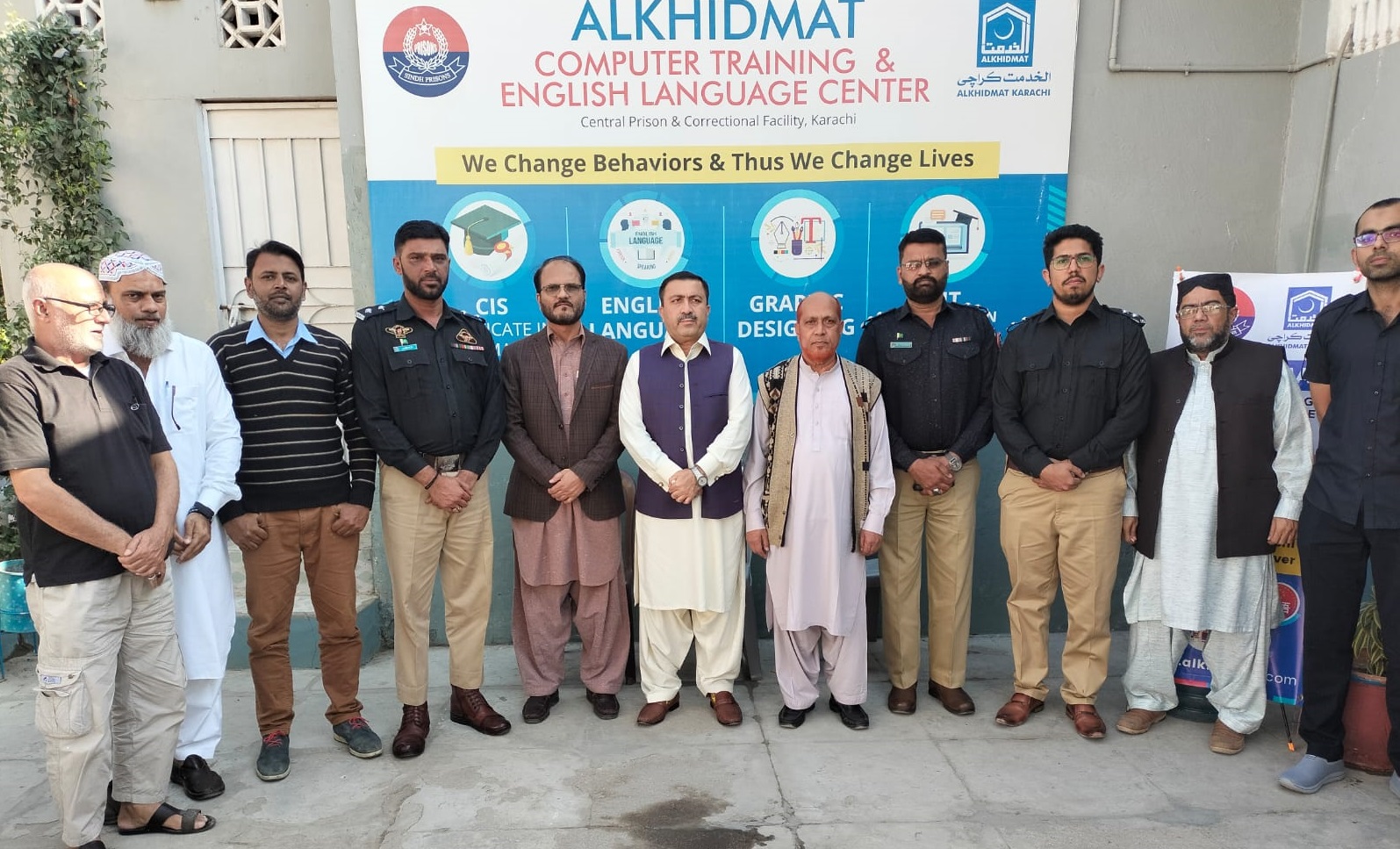 Alkhidmat Karachi recently conducted exams for prisoners taking courses in Computer Information Technology (CIT), English language, Chinese language and Computer Graphics at its Computer and Language Center in Karachi’s Central Jail. Students included 137 inmates who took the exams for Chinese language, earning Alkhidmat the privilege of conducting a Chinese language course for jail inmates for the first time in the nation’s history. Inmates were given registration cards and roll numbers specially for the exams. Alkhidmat Karachi’s Senior Manager Manzar Alam and Rizwan Edhi along with SSP Central Jail Abdul Kareem Abbasi and senior jail officers were present at the examination venue and expressed their satisfaction at the arrangements. Speaking on the occasion, SSP Abbasi thanked Alkhidmat Karachi for its activities in the jail and disclosed that such examinations were being held every year regularly. Executive Director Alkhidmat Karachi Rashid Qureishi said that Alkhidmat Karachi was conducting these courses in jail with the intention to educate prisoners and impart skills to help them lead a respectable life after their jail terms. Since the center in the jail is affiliated to the Sindh Board of Technical Education and certificates are awarded by the same Board, correct examination procedures are implemented while conducting the exams. Lastly, he thanked the jail authorities for assisting Alkhidmat’s efforts for the inmates and hoped that these courses would benefit them. Apart from certificates awarded by the SBTE, successful prisoners can also have their sentences reduced by six months completing these courses.