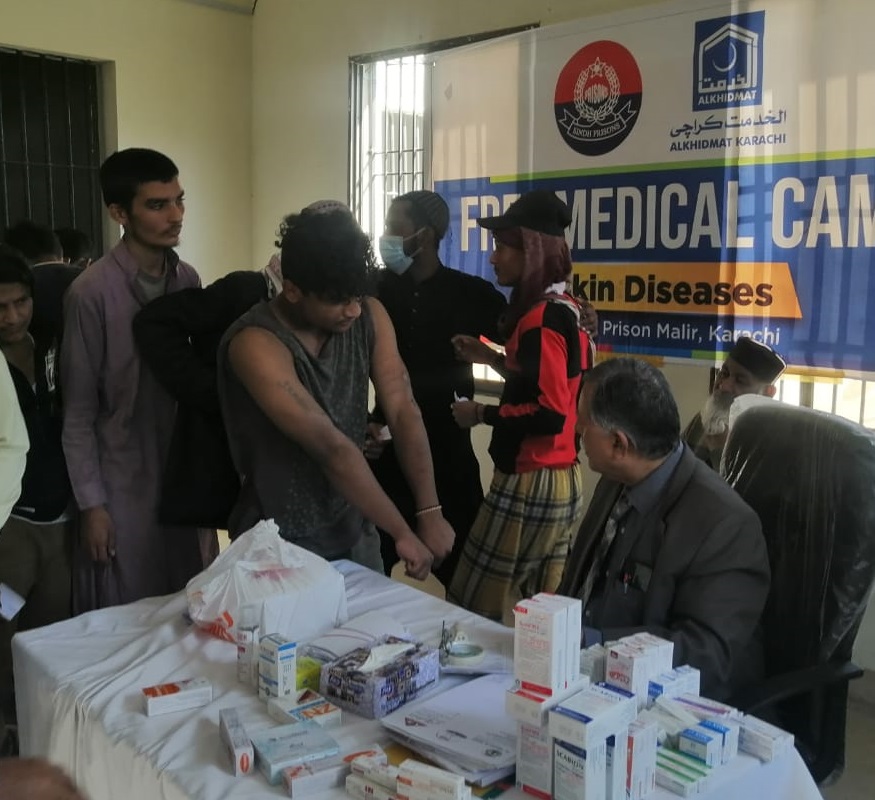 Alkhidmat Karachi recently conducted a free medical camp to check and treat skin diseases in prisoners in the Malir jail. More than 4,000 prisoners benefitted from this camp which was conducted by Alkhidmat’s Medical Services Primary department. The examination was done by a team of 6 specialist doctors aided by a large number of paramedical staff who also prescribed and provided free medicine to inmates who were found suffering from these diseases. Superintendent Malir Jail Arshad Ali Shah, Deputy Superintendent Kamran Sheikh Ali Asghar, Senior Manager Alkhidmat Karachi Manzar Alam, Dr. Humayun Farakh and other officials were present on the occasion. Superintendent Malir Jail Arshad Ali Shah thanked Alkhidmat for its services and expressed his satisfaction at the arrangements at the camp. Naveed Ali Baig, CEO Alkhidmat Karachi said that the purpose of the camp was to detect and diagnose skin diseases prevalent among the prisoners and to spread awareness about them, so that prisoners were not left out from enjoying the benefits of good health. He reminded the audience of Alkhidmat’s efforts to provide clean water, health and education in prisons, including the running of a computer center in the jail. Moreover, Alkhidmat also organizes the release of inmates after paying the necessary amount for their discharge. Lastly, he gave his assurance that Alkhidmat would continue to provide these welfare services in jails around the country.