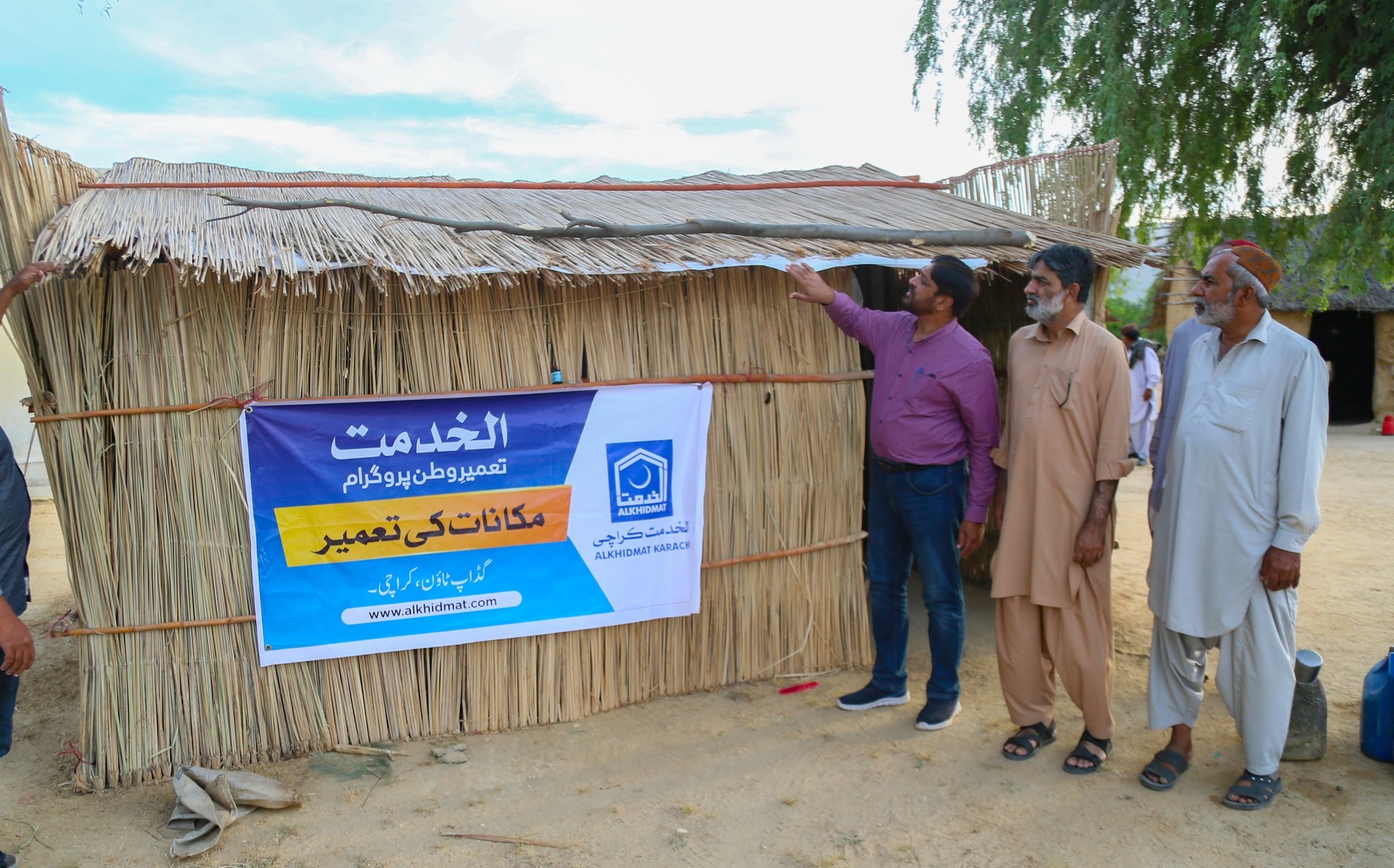 Alkhidmat Karachi’s Disaster Management team has delivered the first batch of 60 single-room houses as part of its rehabilitation operations under its “Tameer-e-Watan” program to the flood victims in Gadap Town who were hitherto being sheltered in Alkhidmat’s tent cities. These rehabilitation operations, in which single and double-room houses are being constructed according to the local pattern and requirements, are being conducted throughout the flood-affected regions of Sindh and Balochistan for flood victims who have started to return to their native places following the receding of the flood waters. Earlier, Executive Director Alkhidmat Karachi Rashid Qureishi visited Gadap Town and met with the flood victims as well as the local disaster management team who briefed home about the progress of the rehabilitation activities and the needs of the victims. Speaking on the occasion, he said that Alkhidmat had come to the rescue of these people at a time of crisis when they had lost everything to the floods. He assured the victims that since the winter was approaching, the rehabilitation operations would gather speed to prevent any further hardships for these people. He also promised seeds and agricultural assistance for those who had lost their land, and financial help to those who had lost their livestock. He reiterated his commitment to continue the rehabilitation operations until their conclusion and appealed to those with means to come forward and support Alkhidmat in its welfare activities.