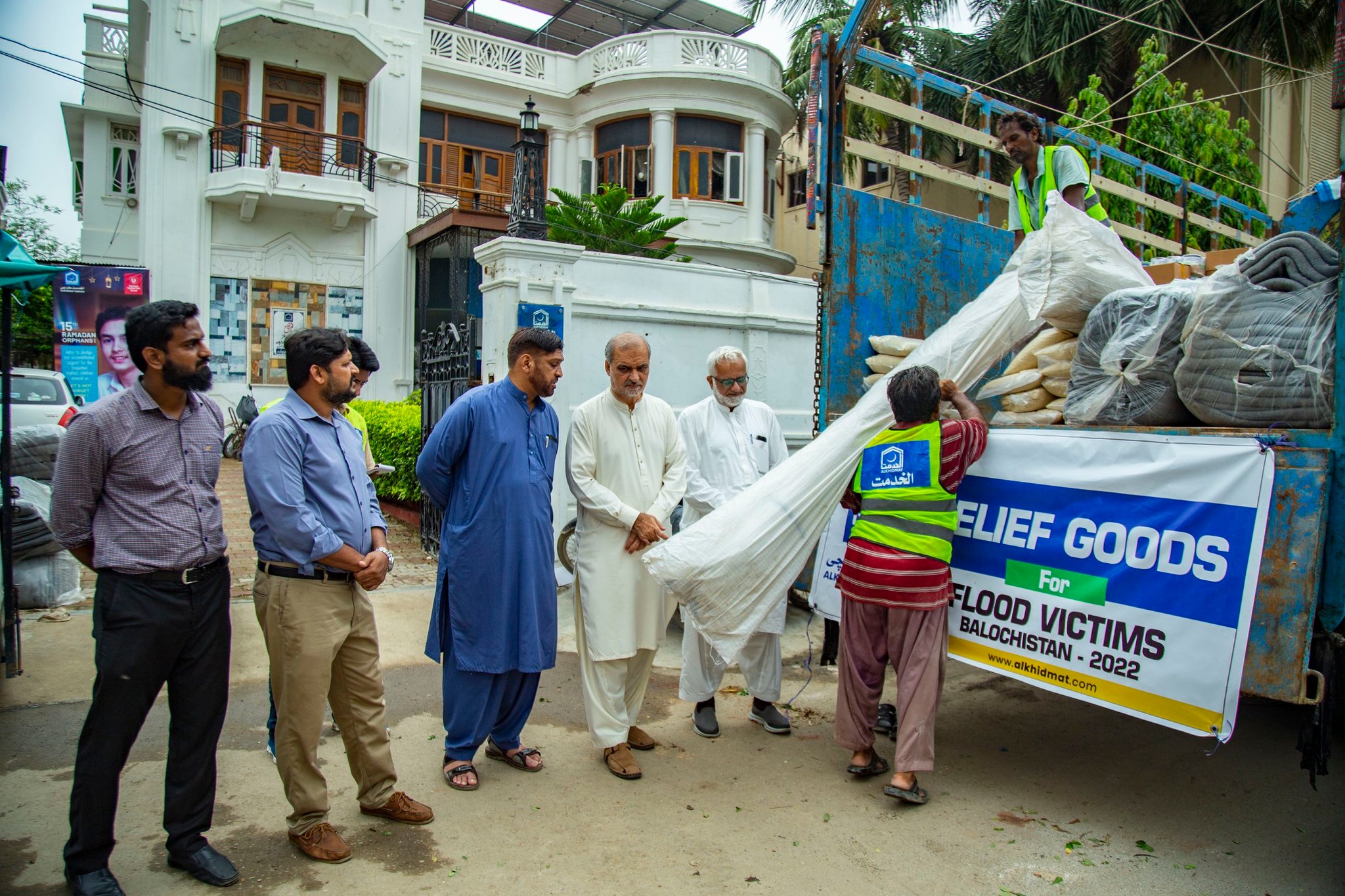 Alkhidmat Karachi has dispatched its 27th consignment of aid package as part of its on-going flood relief operation. Ten trucks, each carrying not less than eight tons of supplies including dry rations, flour, canned food, biscuits, water bottles, tents, blankets, mosquito nets, medicine, clothes, footwear, cooking vessels and other necessities left for flood-hit areas in interior Sindh and Quetta, Balochistan. The consignment also included Water Filtration plants as well as more than 1,000 water cans along with a large number of blankets and comforters in view of the approaching winter. Local Alkhidmat officials will receive the consignment and arrange for its distribution among the flood victims. This consignment was sent under the direct supervision of Executive Director Alkhidmat Karachi Rashid Qureishi and other officials. CEO Alkhidmat Karachi Naveed Ali Baig has said that the flood had caused great devastation and loss. Many of the affected areas were still submerged under water and it would be some time before the lives of the flood victims can be normalized, although they were longing to go back to their native areas. Alkhidmat has established tent cities as well as medical camps and large kitchens under the supervision of local Alkhidmat officials to shelter flood victims, provide medical attention and feed them daily. Rashid Qureishi added that the winter season would pose new difficulties for the flood victims, many of whom who were living under the open skies. He gave his full assurance that Alkhidmat Karachi would not stop its relief activities until all the flood victims were resettled and rehabilitated in their respective areas, and appealed to those with means to come forward and contribute wholeheartedly to Alkhidmat’s activities.