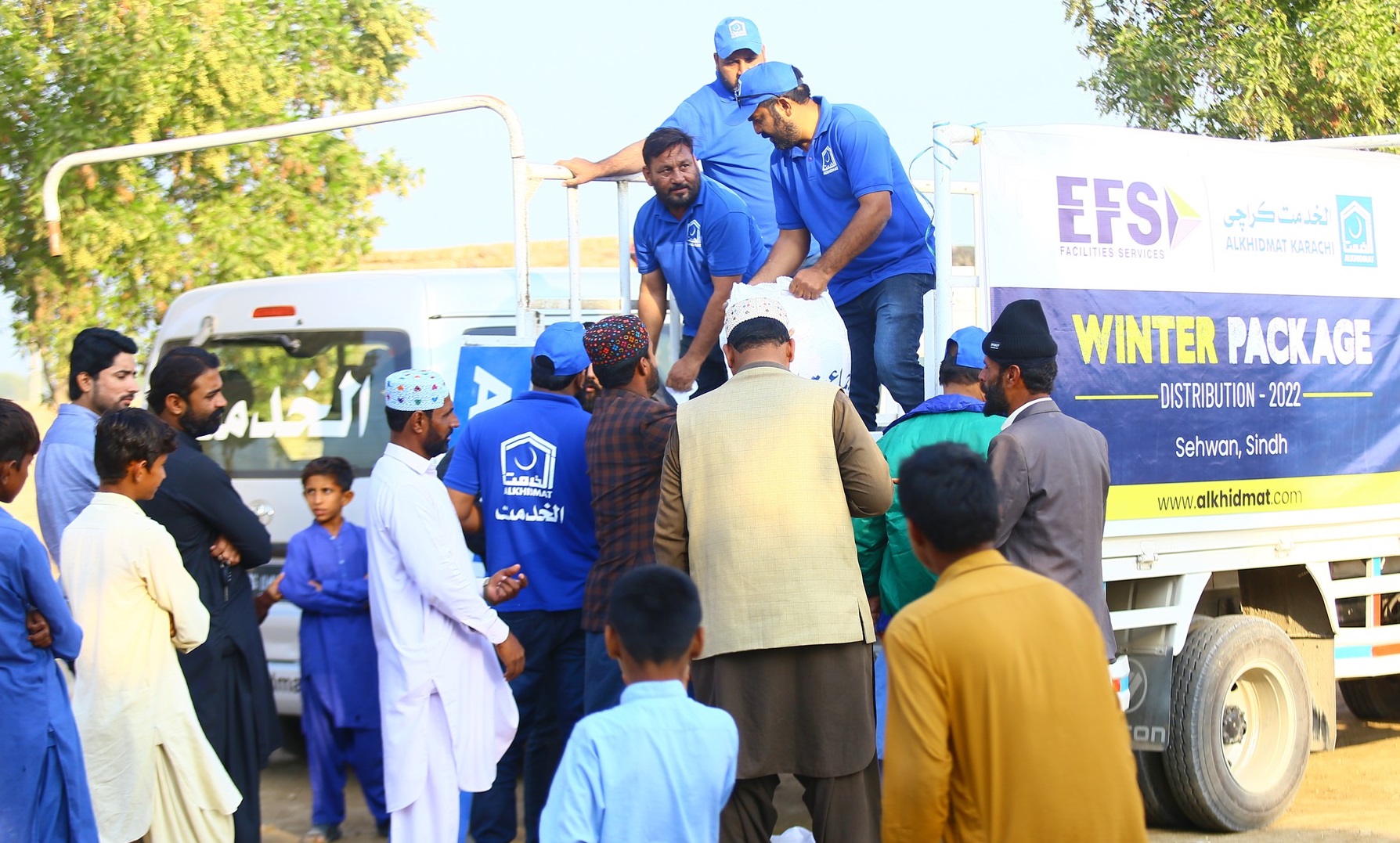 Alkhidmat Karachi has joined hands with EFS Facilities Services Group to distribute winter packages and rations among flood victims of Sehwan Shareef. These provisons were distributed at a special event in which Assistant General Manager EFS Muhammad Asif and Manager Community Services Alkhidmat Karachi Shahzad Khaleel were present along with senior officials and scores of local residents who had been affected by the floods. Speaking on the occasion, Muhammad Asif expressed his appreciation of Alkhidmat’s efforts and assured his organization’s cooperation in the future too. Executive Director Alkhidmat Karachi Rashid Qureishi also expressed his concern that the severe winter posed a new challenge to the flood victims. He disclosed that Sehwan was one of the worst-affected places by the flood and Alkhidmat had conducted rescue and relief efforts here since day one. Having set up a tent city with a large kitchen to house flood victims and provide them cooked food, Alkhidmat was now busy in rehabilitation activities for the victims who had returned back to their native places after the waters receded. The winter package and ration distribution program was also part of this effort, according to Rashid Qureishi.