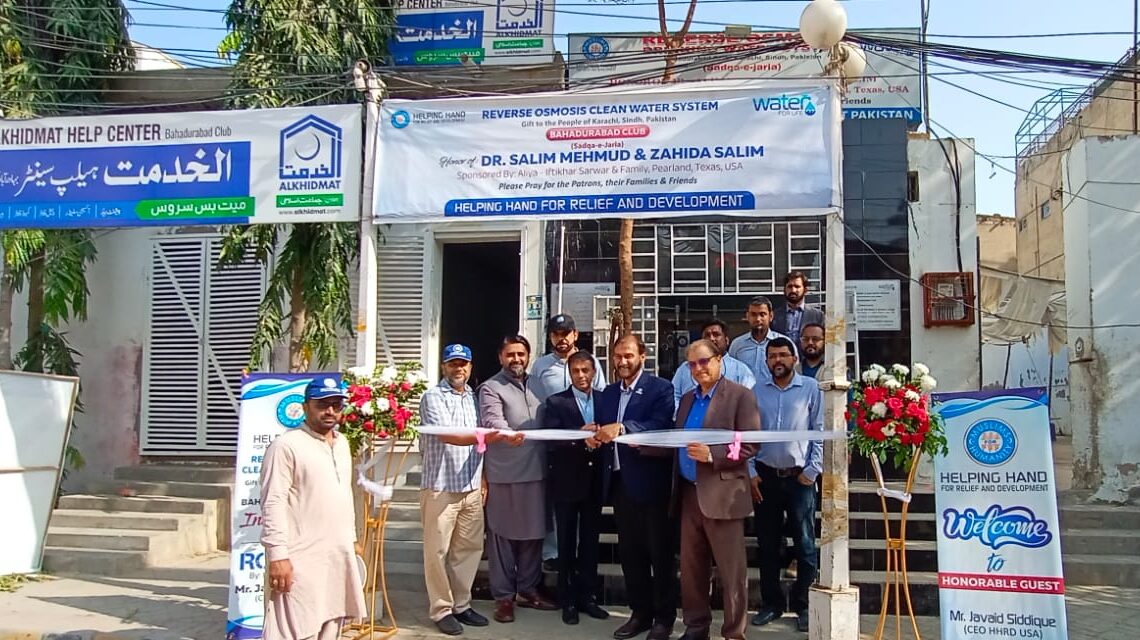 Alkhidmat Karachi has installed a new RO Water Filtration plant at Bahadurabad with the assistance of Helping Hands Research and Development (HHRD). The inauguration was done at the hands of Javed Siddiqui, CEO HHRD in the presence of President HHRD Karachi Chapter Kashif Abbas, Director Orphan Care Program Alkhidmat Karachi Farooq Kamlani, former UC Chairman Junaid Makati, Farooq Sami, Manager Clean Water Project Alkhidmat Karachi Saad Akbar and other senior officials. Following the inauguration, the HHRD delegation was shown around the filtration plant and briefed about its function. The plant is expected to serve hundreds of residents of the area where the facility was badly needed. Currently there are 53 such plants in Karachi which are benefitting lacs of people every month. Alkhidmat also has an advanced laboratory where specimens from all RO plants are tested for quality and purity. Speaking on the occasion, Javed Siddiqui said that HHRD and Alkhidmat were cooperating for a long time in the clean water project as well as other areas, and had installed many plants earlier too. He lauded Alkhidmat’s extensive efforts in providing clean water to citizens and hoped for continued cooperation in the future too. Farooq Kamlani said that the filtration plant, which cost a huge amount was a gift from HHRD and Alkhidmat to the residents of Bahadurabad. He added that it was Alkhidmat’s desire to provide such facilities in every area of Karachi as people were facing difficulties in getting clean water for their use.