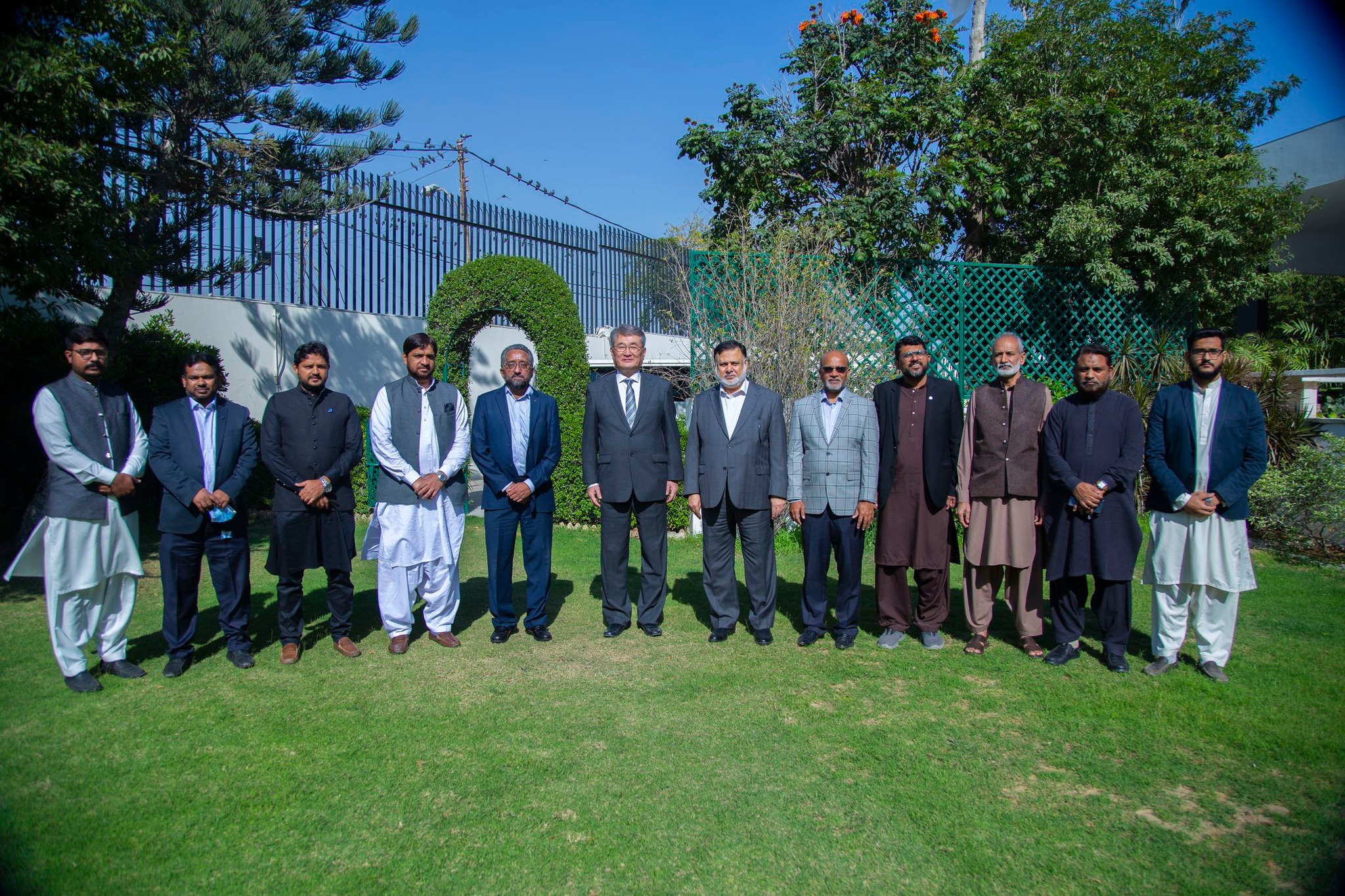 Alkhidmat Karachi signed an agreement with the Consulate of Japan for the grant of funds to purchase high-tech hospital equipment. According to this agreement, the Japanese Consulate will provide Alkhidmat with the funds to purchase hospital equipment such as Laparoscopy, Ultrasound and X-ray machines. The agreement, which comes under the Grant Assistance Program for Grassroots Human Security Project (GGP), was signed by Alkhidmat Karachi’s CEO Naveed Ali Baig and the Japanese Consul General His Highness Toshikazu Isomura on Friday, February 18, 2022 at the latter’s residence. Alkhidmat’s Executive Director Rashid Qureishi, Director Health Dr. Azeemuddeen, Director Orphan Care Program Farooq Kamlani and Director HR Compliance Muneer Yaqoob were present on the occasion, besides officials from the Consulate. Speaking in Urdu, the Japanese Consul General acknowledged Alkhidmat’s welfare services to society and noted that Alkhidmat was only the second NGO in Pakistan to benefit from such a partnership. He expressed his full confidence that the said grant would be utilized by Alkhidmat with integrity in the purchase of hospital equipment for the underprivileged, and promised his assistance in the future too. Naveed Ali Baig explained Alkhidmat’s services in seven welfare areas of which Health was an important one.