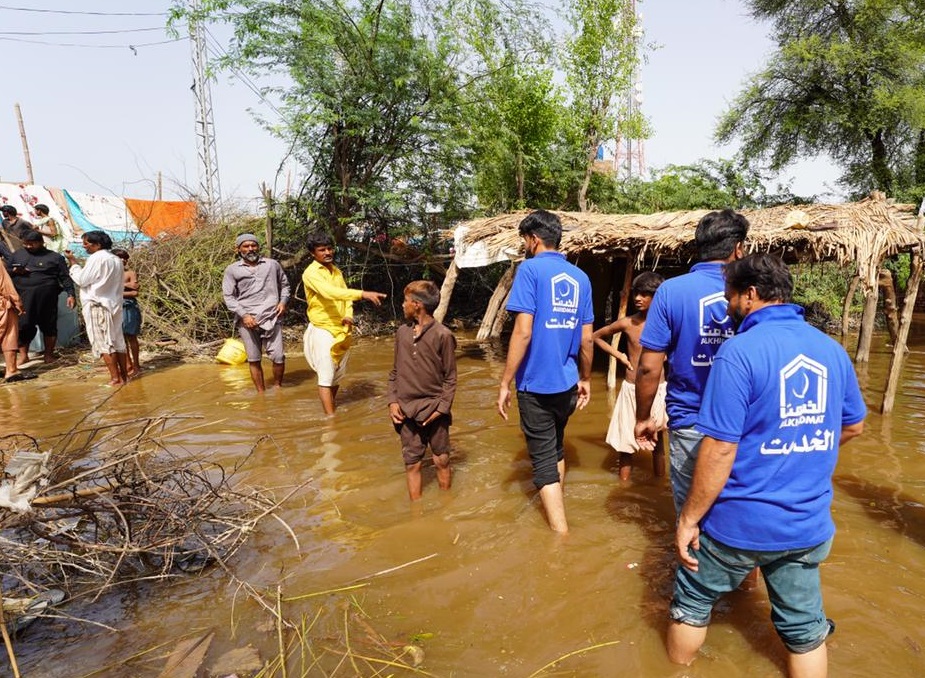 Alkhidmat Karachi’s Disaster Management cell has been conducting full-fledged rescue and relief operations in the flood-hit areas of Sindh. Led by Manager Disaster Management Sarfaraz Sheikh, the team visited the severely affected area of Sakrind and surveyed the damage there along with the local team of Alkhidmat. Plans to increase the relief and rescue efforts were made by both teams jointly. The team also visited Sukkur at night and after surveying the situation decided to start a big kitchen there to provide cooked food to the flood victims of local and neighbouring areas. CEO Alkhidmat Karachi Naveed Ali Baig has given his assurance that Alkhidmat would continue to do its utmost to provide relief activities and supplies to the unfortunate residents of the stricken areas. He added that the floods were a great trial for people in Sindh, Balochistan and South Punjab who had lost everything, and appealed to those with means to come forward and contribute to Alkhidmat’s efforts with cash as well as dry rations, drinking water, tents and other necessities.