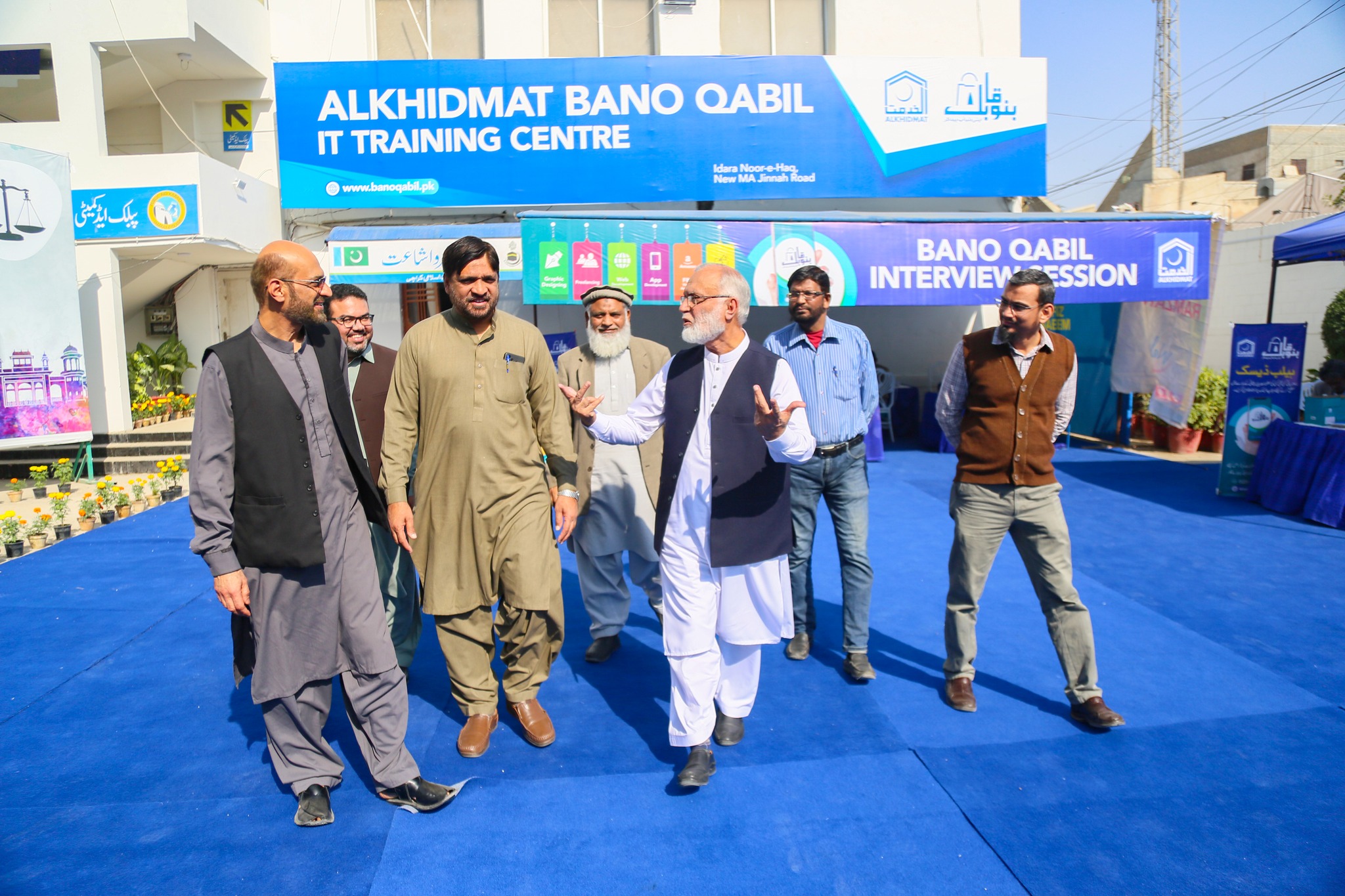 Interviews for boys for Alkhidmat Karachi’s 100% free, IT courses based educational program Bano Qabil are now in their fourth day. Saturday, which was dedicated for those who chose Graphic Designing, saw hundreds of male aspirants attending these interviews. Earlier during the day, President Alkhidmat Foundation Pakistan Dr. Hafeezur Rehman visited Alkhidmat’s head office where he was received by Executive Director Rashid Qureishi who briefed him about the Bano Qabil program, the Aptitude Tests for boys and girls, the institutes and instructors arrangedfor the purpose and the overwhelming response of the youth, both males and females. Rashid Qureishi alsoinformed Dr. Hafeezur Rehman ofthe expected commencement of the classes in January 2023 and apprised him of theinterview arrangements including the Help Desk, Interview Counters and Registration Center. They were accompanied by Director Charity AustraliaInternational Rana Wajahat Ali Khan Rana, Director Alkhidmat Health Foundation Sufyan Ahmed Khan and other senior officials. Dr. Hafeezur Rehman had a word with the candidates about their hopes and ambitions and encouraged them to give their best efforts. He lauded Alkhidmat’s efforts to provide educational and career opportunities to Karachi’s youth, and announced his intention to extend the Bano Qabil program to all regions of the country. Later, he visited the central IT institute and reviewed the arrangements there.