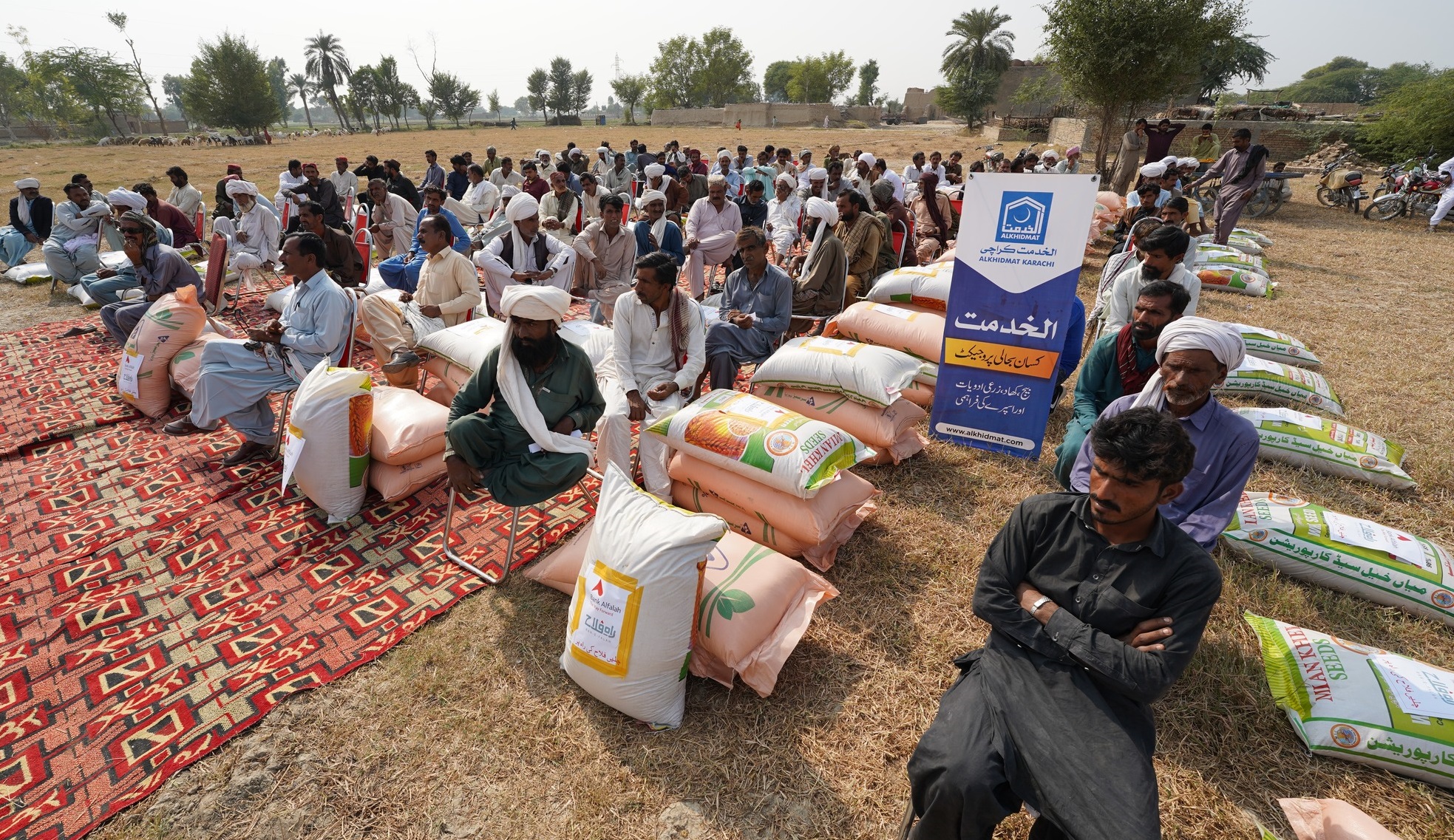 Alkhidmat Karachi has embarked upon the 2nd phase of its “Farmer Rehabilitation Program” aimed at farmers affected by the recent floods in the country. This time the beneficiaries of the Farmer Rehabilitation Program were farmers from Dera Ghazi Khan who received seeds, pesticides and fertilizers with the assistance of Bank Al Falah in a ceremony attended by a large number of farmers, local residents, officials of Bank Al Falah and Alkhidmat Karachi including Manager Disaster Management Alkhidmat Karachi Sarfaraz Sheikh. Speaking on the occasion, CEO Alkhidmat Karachi Naveed Ali Baig said that said that Alkhidmat has developed the Farmer Rehabilitation Program to help those farmers who had lost their crops and fields in the recent floods. He added that Alkhidmat also planned to give free livestock to those farmers who had lost them in the floods. Recapping Alkhidmat’s efforts after the floods, he said that permanent houses were being provided to those had been left homeless by the floods, while a model village was also coming up in Gadap with houses built in the local pattern. He reiterated his commitment to continue the rehabilitation operations until all the farmers were compensated and appealed to those with means to come forward and support Alkhidmat in its welfare activities.