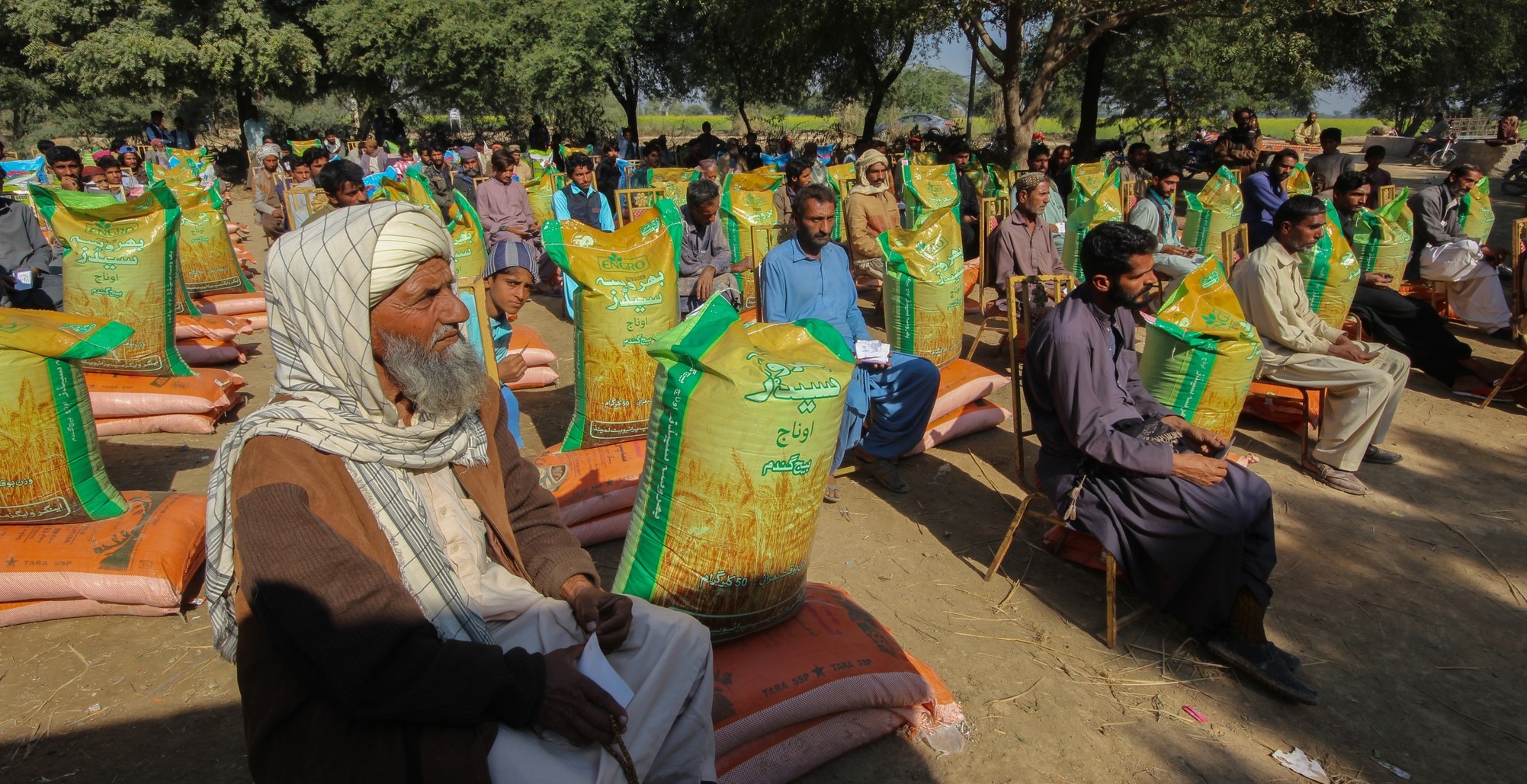 Alkhidmat Karachi has embarked upon a “Farmer Rehabilitation Program” to support farmers affected by the recent floods in the country. Alkhidmat Karachi Executive Director Rashid Qureishi surveyed the flood-affected area of Nasirabad along with Manager Disaster Management Sarfaraz Sheikh, Manager HR Fareed Ahmed, Abdul Sattar Kashaf and local officials of Alkhidmat and met the flood victims who had lost their houses, farmland and livestock and inquired about their problems and requirements. A special ceremony was held to distribute seeds, pesticides and fertilizers to these farmers with the assistance of Bank Al Falah.  The ceremony was attended by a large number of farmers, local residents and officials of Bank Al Falah including Fida Ahmed Mengal. Speaking on the occasion, Rashid Qureishi expressed his sadness at the loss of life, houses, farmland, standing crops and livestock during the floods. He reminded the audience that Alkhidmat was at the forefront of rescue and relief operations not only in Sindh and Balochistan but all over the country from the very early days of the flood. Following this, the stage of rehabilitation had started and Alkhidmat had built hundreds of houses and distributed seeds, pesticides, fertilizers and livestock to those who had lost everything. lastly, he reiterated his commitment to continue the rehabilitation operations until all the farmers were compensated and appealed to those with means to come forward and support Alkhidmat in its rehabilitation activities.