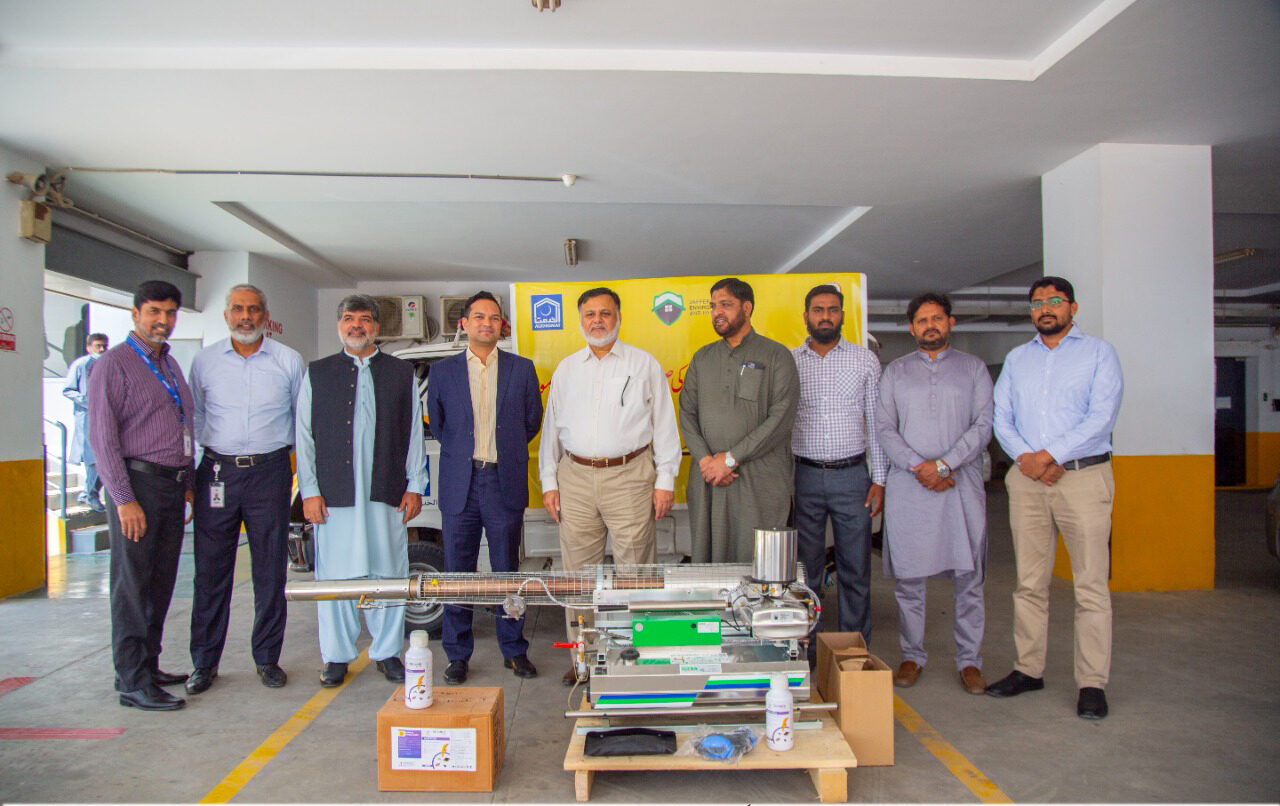 Alkhidmat Karachi has received a fumigation machine and chemicals donated by Jaffer Brothers Pvt. Ltd. to combat the rapid spread of dengue in Karachi as well as the flood-affected areas of Sindh and Balochistan. The package was handed over in a ceremony held on Friday morning at the head office of Jaffer Brothers and attended by CEO Alkhidmat Karachi Naveed Ali Baig, Executive Director Rashid Qureishi, Manager Disaster Management Sarfaraz Sheikh, CEO Jaffer Brothers Group of Companies Fareed Haroon Jaffer, Director Corporate Services Sabir Zaidi, Manager Finance Tariq Rauf, Head of Corporate Communication Gulrukh Hasan, CEO Energy and Automation Muhammad Aamir Salman and other officials. Speaking on the occasion, Fareed Haroon Jaffer said that Pakistan was facing a dual crisis in the shape of the devastating floods as well as the spread of deadly diseases like dengue. He praised Alkhidmat’s initiative of conducting a fumigation drive before and after the floods which had led to the decision of donating the fumigation machine and chemicals to Alkhidmat. He added that Jaffer Brothers was supporting Alkhidmat in its relief and rehabilitation operations and would continue to do so. Sabir Zaidi said that dengue had assumed dangerous proportions in the country and hospitals were full of patients. The necessity of an effective spray campaign against this scourge was behind the decision to work along with Alkhidmat. Thanking Jaffer Brothers for its noble gesture of generosity and trust towards Alkhidmat, Naveed Ali Baig said that the spray campaign that Alkhidmat was conducting all over Karachi was its legacy. Alkhidmat had conducted a similar spray campaign during the COVID pandemic too despite the challenges of bad weather, floods and such difficult circumstances. Lastly he expressed his hope that Jaffer Brothers would continue to support Alkhidmat in its welfare activities in the future too.