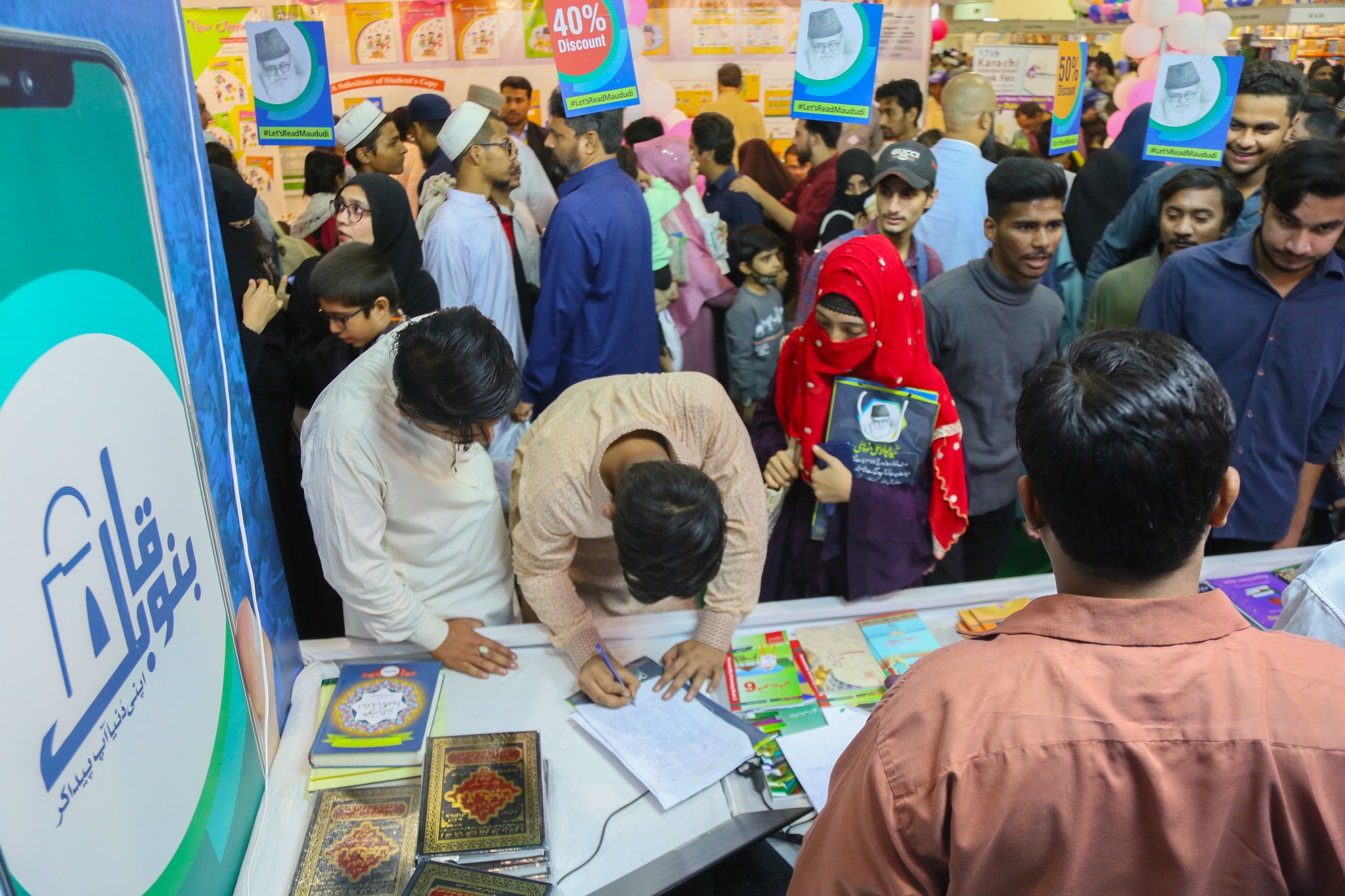 Alkhidmat Karachi’s stall at the 17th International Book Fair at the Expo Center in Karachi attracted hundreds of new applicants for the Bano Qabil program. The free IT courses based program which has already seen record registrations and two Aptitude Tests has opened its doors for those who missed registering themselves in the initial phase. Scores of young boys and girls took advantage of this golden opportunity and thronged Alkhidmat’s stall during where registrations were being done during the 5-day duration of the Fair. CEO Alkhidmat Karachi Naveed Ali Baig and Executive Director Rashid Qureishi visited the stall and met some of the aspiring youth who conveyed their appreciation of Alkhidmat’s unique initiative. Naveed Ali Baig disclosed that the results of the Aptitude Test for girls in the first phase would be announced shortly and classes for the first batch would commence in January. According to him, Bano Qabil was the biggest initiative of its kind in the history of Pakistan and would enable young, literate students to carve a successful career for themselves in IT. Rashid Qureishi added that well-equipped IT centers and professional instructors were being made available by Alkhidmat for the Bano Qabil program. Successful candidates will be able to attend free, advanced IT courses and get acquainted with the latest technology that will prepare them for good jobs as well as self-employment through freelancing. On completion of their chosen courses these youths can start earning for themselves and contribute towards their family expenses as well as to the nation’s economy. Lastly, he expressed his appreciation for the enthusiasm shown by Karachi’s youth towards the Bano Qabil program which according to him was a sign of their desire for learning new skills and pursuing a successful career for themselves.