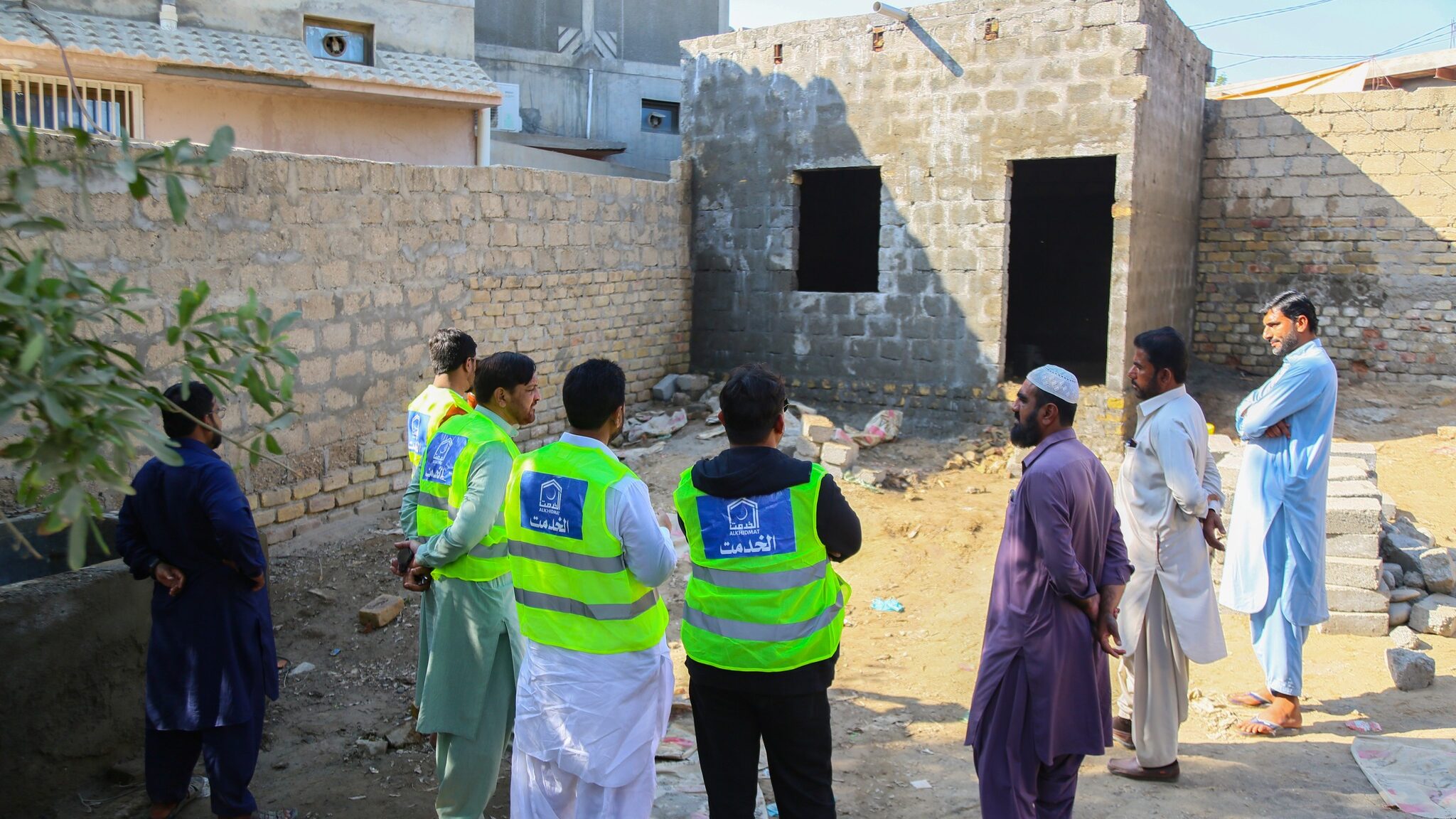 Alkhidmat Karachi’s team has toured Balochistan region under the leadership of Alkhidmat Karachi Executive Director Rashid Qureishi and conducted a survey of the “Tameer-e-Watan” rehabilitation program underway in the flood-affected areas. The team met President Alkhidmat Balochistan Region Jameel Kurd as well as Jamaat-e-Islami Provincial Chief Abdul Haq Baloch and participated in a crucial review meeting of the circumstances during and after the floods. The participants of the meeting were briefed about the progress made under Alkhidmat’s “Tameer-e-Watan” rehabilitation program regarding the building of houses for homeless flood victims and distribution of seeds, pesticides and fertilizers to farmers who had lost everything in the floods. The team also gifted Ajraks to Jameel Kurd and Abdul Haq Baloch on the behalf of Alkhidmat Karachi. Later, Rashid Qureishi proceeded to Lasbela and reviewed the developments in the housing rehabilitation program there in the presence of Karamat Ullah, Vice President Alkhidmat Balochistan Region. An interactive meeting was held where Rashid Qureishi briefed local workers about Alkhidmat’s nationwide rehabilitation efforts for flood victims following the conclusion of the rescue and relief operations, as well as the Bano Qabil program. He informed the participants that Alkhidmat had built permanent houses for flood victims in Sindh and Punjab as well as in Lasbela and other areas of Balochistan according to local styles and patterns. He disclosed that Alkhidmat had distributed seeds, pesticides and fertilizers as well as livestock to farmers all over the country. He reiterated his commitment to continue the rehabilitation activities until the end and appealed to those with means to come forward and assist Alkhidmat in its relief operations. Lastly, Jameel Kurd and Abdul Haq Baloch thanked Alkhidmat Karachi for its efforts and expressed their sincere appreciation for taking up this noble cause.