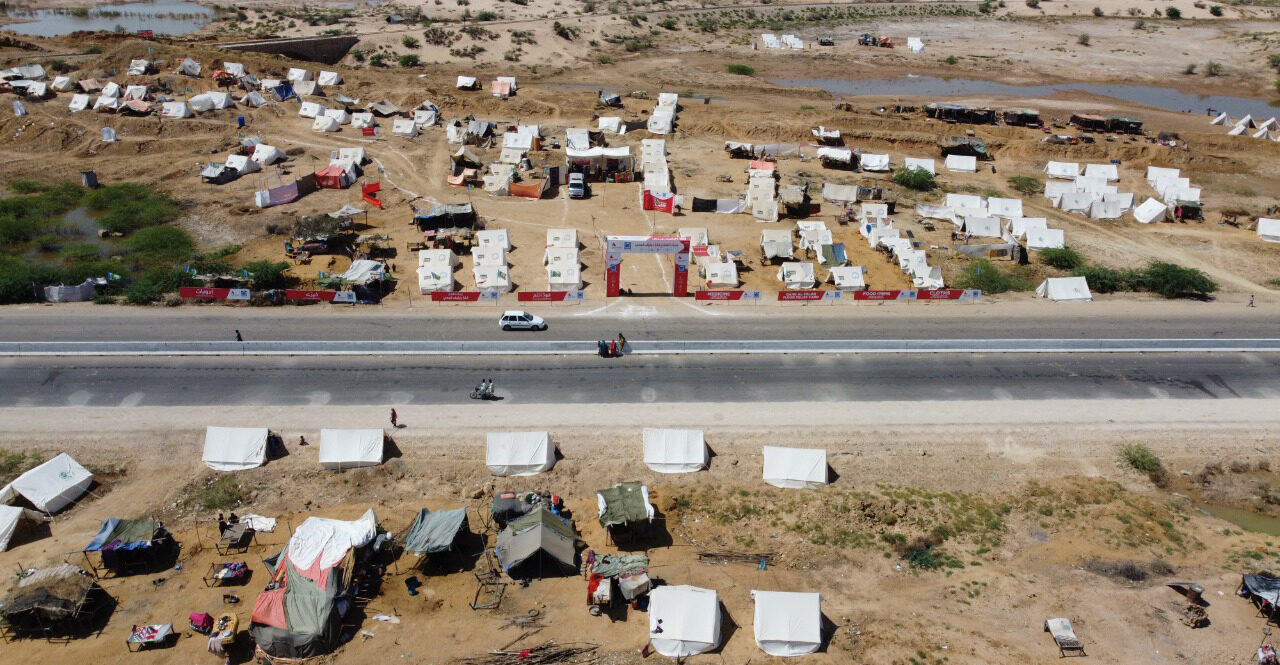 Bank Al Falah has taken over the entire responsibility of managing the tent city set up by Alkhidmat Karachi in Sehwan. Alkhidmat has established more than 30 tent cities in the flood-hit areas of interior Sindh out of which the one in Sehwan comprises 120 tents sheltering around 500 families. All expenses regarding the supply of food, dry rations, water and other necessities for the flood victims sheltering in the tent city will be borne by Bank Al Falah. CEO Alkhidmat Karachi Naveed Ali Baig welcomed the noble gesture by Bank Al Falah and said that although relief operations were continuing non-stop, they were just a grain in the sand considering the scale of devastation caused by the floods. He added that it was beyond the scope of an NGO to provide relief and rehabilitation in such a huge calamity, and that the government needed to employ its vast resources to resettle all the flood victims. He also called upon the country’s institutions to come forward and participate in the relief and rehabilitation efforts and invited the bank’s senior authorities to Alkhidmat’s tent city in Sukkur. He mentioned that Alkhidmat had spent crores of rupees on relief efforts since the beginning of the floods and expressed his sincere appreciation for those who had contributed with cash and kind to Alkhidmat’s operation. He said relief supplies were being dispatched on a daily basis to flood-hit areas and reiterated his commitment to continue the operation until all the victims were resettled and rehabilitated in their respective areas.