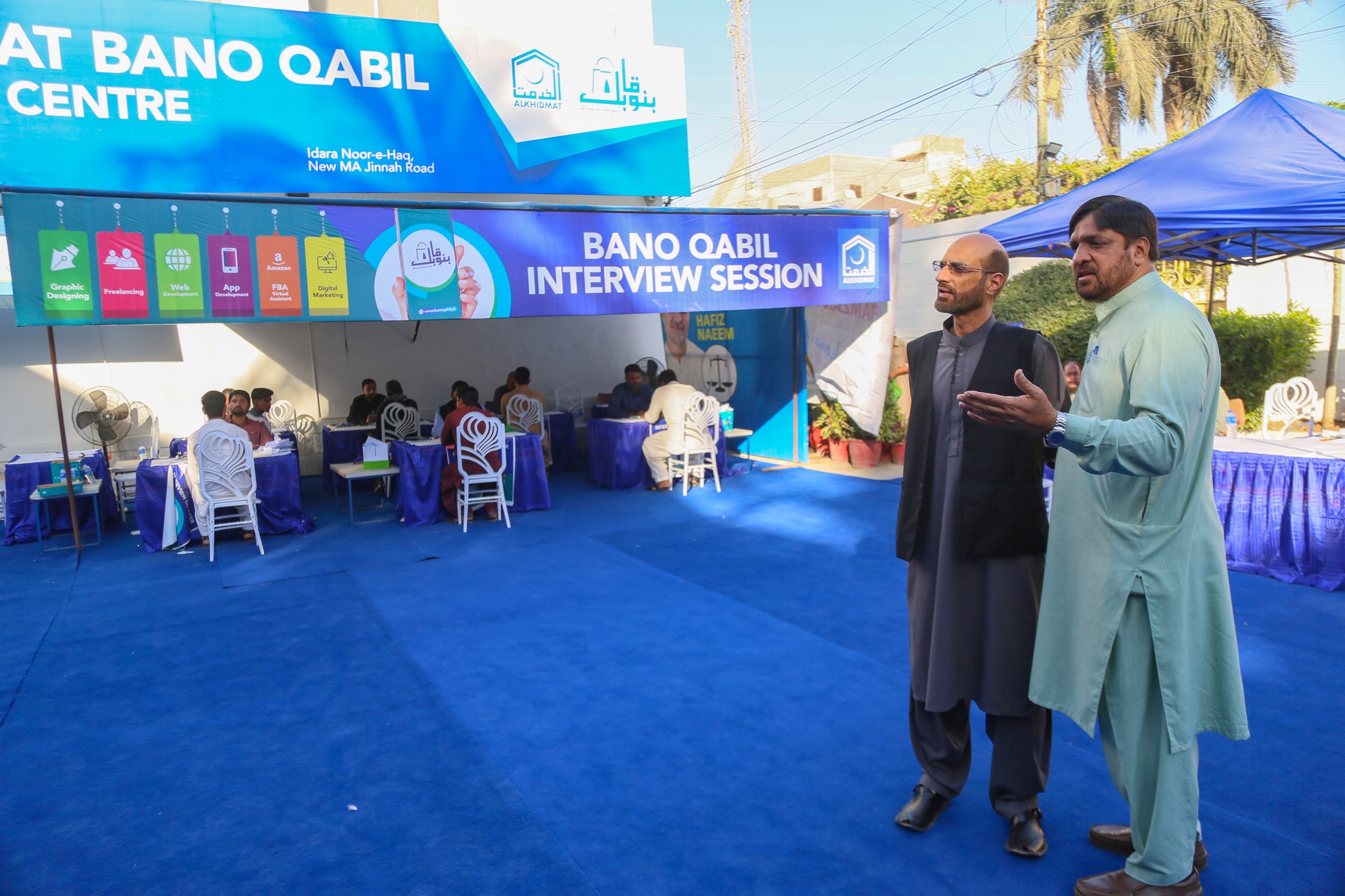 Interviews for boys for Alkhidmat Karachi’s 100% free, IT courses based educational program Bano Qabil are now in their third day. Friday, which was dedicated for those who chose Amazon FBA Virtual Assistant, saw hundreds of male aspirants attending these interviews. Earlier during the day, Director Charity Australia International Rana Wajahat Ali Khan visited Alkhidmat’s head office where he was received by Executive Director Rashid Qureishi who apprised him of the interview arrangements including the Help Desk, Interview Counters and Registration Center. Rana Wajahat Ali Khan also had a word with the candidates about their hopes and ambitions and encouraged them to give their best efforts. He lauded Alkhidmat’s efforts to provide educational and career opportunities to Karachi’s youth at a time when federal and provincial governments had failed in their responsibilities. He assured Charity Australia International’s support for the Bano Qabil program and declared that his organization would provide scholarships for deserving students. Speaking on the occasion, CEO Alkhidmat Karachi Naveed Ali Baig said that the response of the city’s youth to Bano Qabil has been overwhelming which goes to show their keen interest in the field of IT and their desire to make a living out of it. Executive Director Rashid Qureishi expressed his satisfaction that Alkhidmat was fulfilling its promise of providing IT education and career opportunities to the youth of the city. He disclosed that interviews would continue until December 27 while classes would commence from January 2023 with professional instructors having been hired for the purpose.