Alkhidmat Karachi has launched a new initiative called “Bano Qabil” in its desire to empower the new generation and support the country’s youth in their educational and professional endeavors. The idea is to provide thousands of young boys and girls of Karachi to develop advanced IT skills and start earning respectably. In this regard, Alkhidmat has partnered with well-known IT concerns APTECH and CISCO to devise a broad-scale Scholarship Program offering Diploma and Certificate courses in Information Technology and Skill Development to Karachi’s students. These courses are being specially designed in collaboration with academia and industry and endorsed by various industry associations such as PASHA and PSEB. The program will also take leading tech universities onboard for technical guidance and support. Although a large number of aspiring students are expected to apply for the Bano Qabil program, only 2,000 will be selected initially through a purpose-designed Aptitude Test. Those selected will be offered various tiers of scholarships including some which will provide 100% rebate on tuition fees. Initially, a Mobile App and website are being launched where students can register themselves and select the course of their choice out of the various modules on offer. The Bano Qabil initiative will greatly benefit talented students in getting acquainted with the latest technology and taking their careers to the next level while also preparing them for self-employment through freelancing platforms such as Fiverr and Upwork. These students are the future of the country and will provide not only for themselves but also for their families and society in general. You can contribute to the Bano Qabil program by sponsoring as many students as you wish. There is no upper or lower limit for your support. Whatever you do, be sure that your contribution will not go unrewarded in the Hereafter.

THE NEXT GENERATION IS THE FUTURE

Pakistan is facing multifarious social problems in 21st century ranging from poverty to civic ignorance and malnourishment. The country stands at 145th position at Human Development Index (HDI) and almost 50% of Pakistan’s population is deprived of basic necessities. As per HDR report 27.1% Pakistanis live under severe poverty conditions. 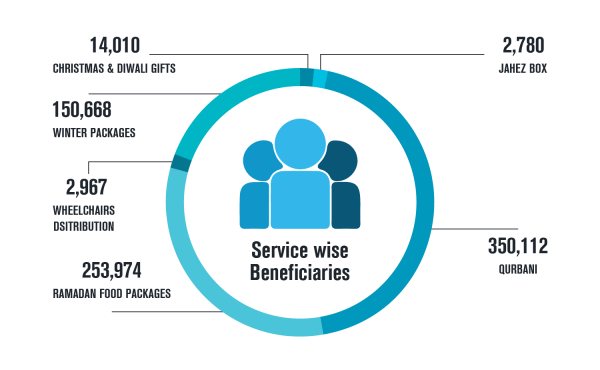