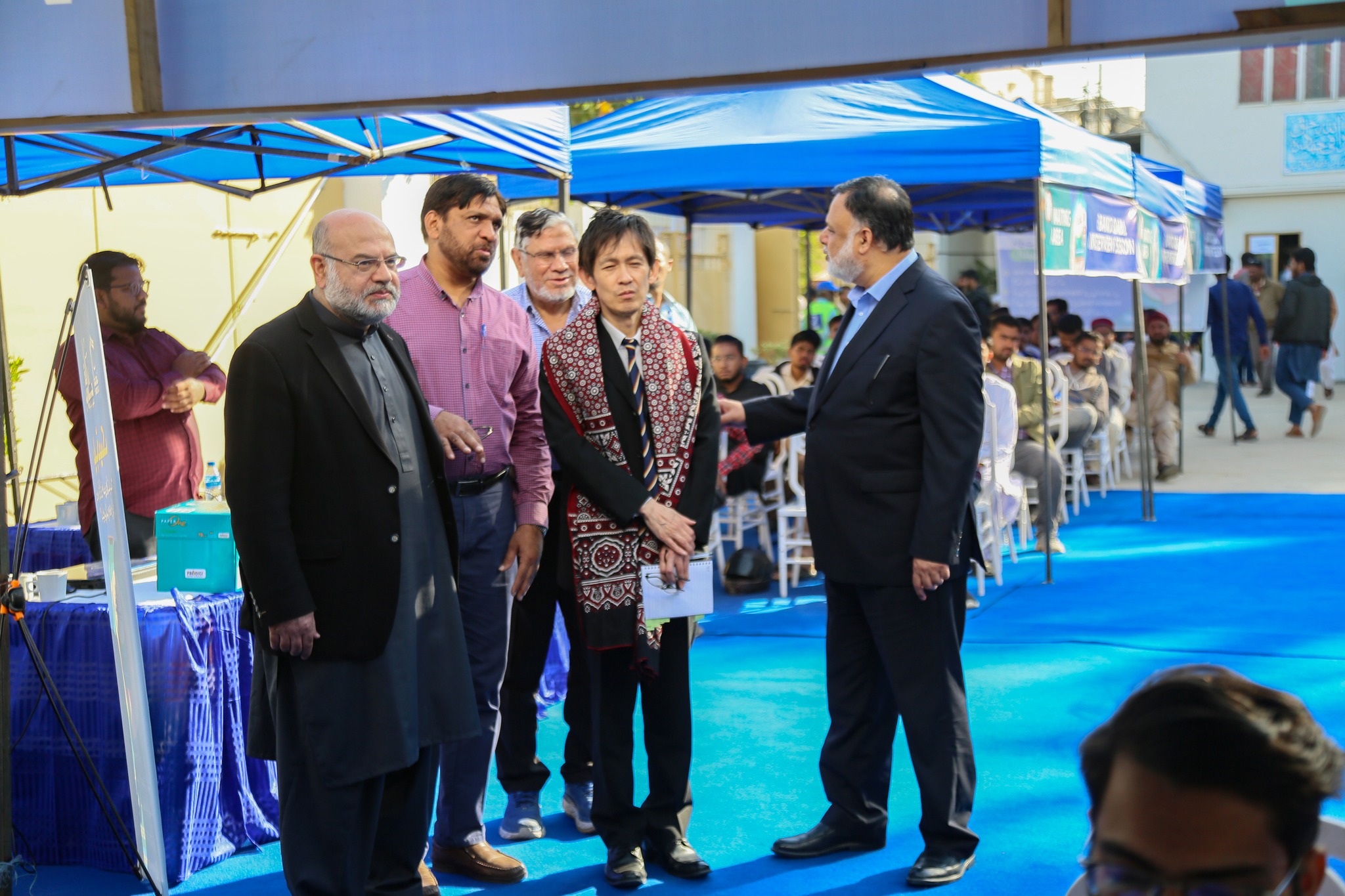 Interviews for boys for Alkhidmat Karachi’s 100% free, IT courses based educational program Bano Qabil are now in their second day. Thursday, which has been dedicated for those who chose Digital Marketing, saw hundreds of male aspirants attending these interviews. During the day, the Japanese Deputy Consul General Mr. Yasushi Nakagawa visited Alkhidmat’s head office where he was received by Director Foreign Affairs Jamaat-e-Islami Asif Luqman Qazi, CEO Alkhidmat Karachi Naveed Ali Baig and Executive Director Rashid Qureishi who showed him around the interview venue and briefed him about the Bano Qabil program. Mr. Nakagawa witnessed the interview arrangements himself and expressed his admiration for the systematic organization of the interviews. He also met with some candidates and spoke to them about their hopes and ambitions. Mr. Nakagawa thanked Alkhidmat for inviting him to the event and was full of praise for Alkhidmat’s efforts to provide IT education and career opportunities to thousands of young aspirants in the city which he said provided a beacon of hope to the country. Naveed Ali Baig said that Bano Qabil was a golden opportunity for the city’s youth to acquire the latest IT education and launch their careers. This would help them become financially independent and contribute to their families as well as the country’s economy too. Lastly, Rashid Qureishi thanked the Japanese Deputy Consul General for accepting Alkhidmat’s invitation and witnessing the interviews.