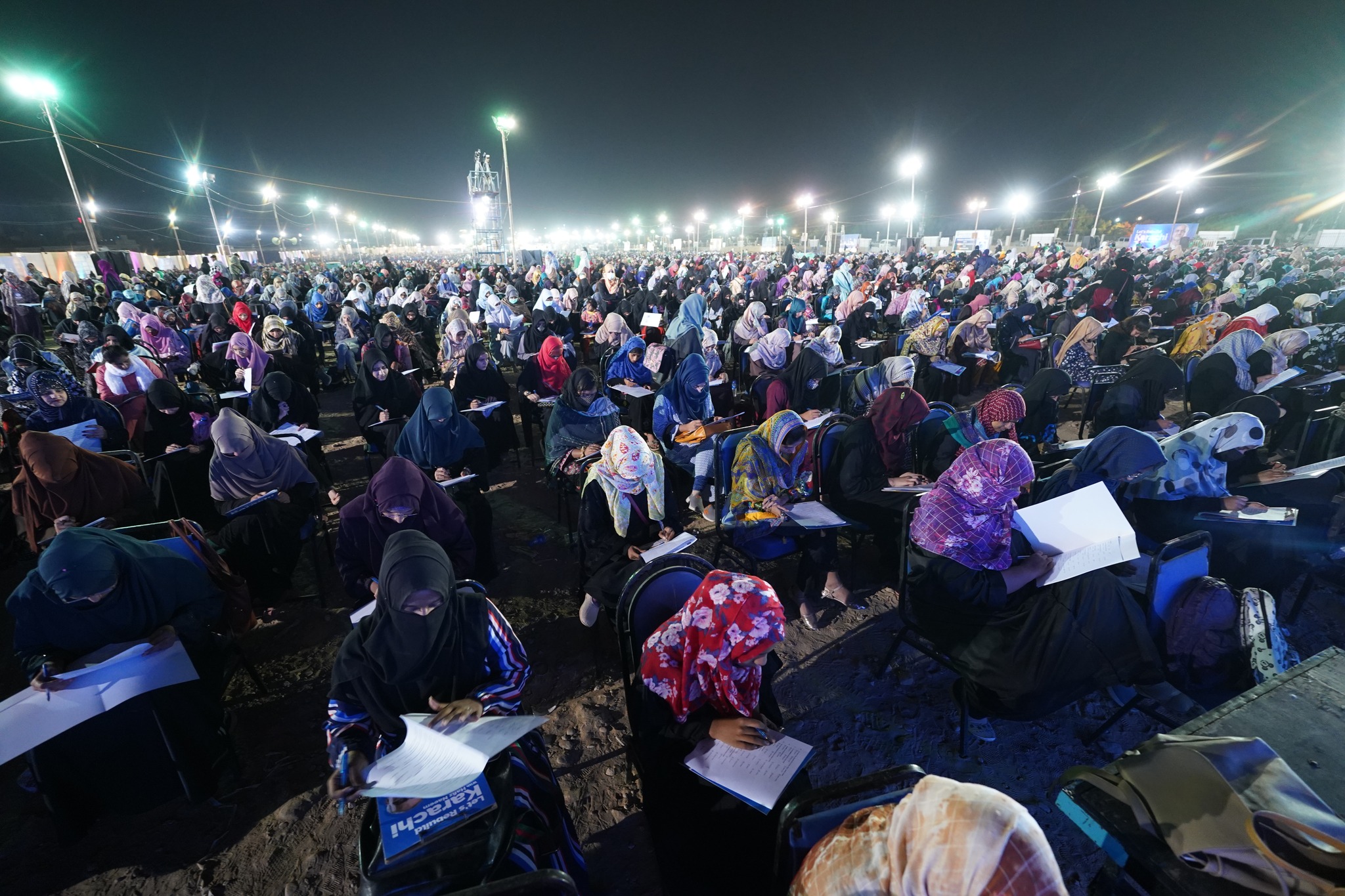 KARACHI: December 4: Thousands of female students in Karachi appeared in the aptitude test for Bano Qabil Program launched by Jamaat-e-Islami (JI) Karachi, offering skill-based trainings, scholarships, and advanced programs for youth in the city in the field of information technology.

The aptitude test was held at Bag-e-Jinnah in Karachi, here on Sunday evening. The participants, before the test, took an oath that they will remain loyal to the Islamic ideology and Pakistan and will play their due role for the development and progress of the country and the city and will not indulge in any activity that could bring shame to their families and their country. JI Karachi chief Engr Hafiz Naeemur Rehman administered the oath.

On the occasion, JI Karachi chief Engr Hafiz Naeemur Rehman announced to launch e-commerce and vocational training programs for house wives in the city. He also announced scholarships for all successful female students under the Bano Qabil program.

Talking about the local politics, he vowed that the JI’s mayor, if elected, would ensure establishment of an IT university in the city. He also vowed to make Karachi a leading IT city in the country and the region.

He said that the JI if elected in the city would offer IT education in some 800 public schools, being run by the Karachi Municipal Corporation. He added that the party would ensure educational scholarships for the youth of the city. He recalled that the JI leader Nematullah Khan had established 32 colleges during his tenure and had launched IT graduation program in six colleges of the city at a time when the IT sector was in its initial stages in the country.

Further talking about the education sector, he shed light in detail on the state of affairs in the public education sector. He said that 24 public sector colleges in Sindh showed zero percent successful rate in the recent results of intermediate pre-engineering.

This was the state of affairs in the government colleges under the PPP regime in the province despite the fact that the tune of Sindh’s education budget was Rs326 billions, he added.

The JI leader further said that unfortunately in the prevailing scenario the citizens have no basic facilities. There are only two public sector universities, there is acute shortage of colleges, there is no transport facility for the students of public sector colleges, and there was very slim opportunities for youth after graduation, he said.

However, he vowed, the JI would provide scholarships for all successful female candidates. He also assured them for support in job hunt or house based livelihood at the culmination of the program.

Alkhidmat Chief Executive Officer Naveed Ali Baig, senior artists, anchor persons and other TV personalities graced the occasion with their presence and hailed the role of the JI for launching such a much needed program.